For what it’s worth, the Marko Jaric buyout was completed very quietly on Christmas Eve, and he’s now a fully fledged member of Real Madrid. He put up 12/8/5 on debut, playing 41 minutes. In a 40 minute game. Not bad.

Remember Brandon Armstrong? So do I, just about. (He was a great pickup in NBA Live 2004.) Armstrong is from Pepperdine, and left school as its 21st all-time leading scorer after playing only two years there. In his final season, he averaged 22.1 points and 1.6 assists per game, which kind of hints at his style of play. He was drafted by the Rockets with the 23rd pick in the 2001 Draft, and then was the “other guy” traded along with Jason Collins and Richard Jefferson to the Nets in exchange for Eddie Griffin. (The more hindsight you use, the more terrible of a trade that looks. RIP Eddie.)

Armstrong played three years with the Nets…or rather, he didn’t play three years with the Nets. Armstrong was on the roster for three years, but spent most of that time on the injured list with pseudo injuries (unless of course he really did have four lower back strains in five months). He played in only 108 games and 699 minutes in those three seasons, totalling 239 points on 280 shots with 24 total assists, a true shooting percentage of .404%, and a PER of 4.9. He signed with the Warriors for training camp in 2004, but did not make the team, and has never come back to the NBA.

He’s not very well known any more, as evidenced by a quick Google of his name, which reveals the second hit of “Brandon Armstrong – murder victim.” This is another Brandon Armstrong; the Brandon Armstrong of New Jersey Nets and Pepperdine University fame is, as far as I know, not dead. He also doesn’t appear to playing anywhere at the moment; he split last year between the Ukraine and Venezuela, but has been out of the game since then.

Bulls draft pick Asik is still with Fenerbahce, and this year he’s not got a torn knee ligament. On the season, he’s averaging 8.9 points, 6.0 rebounds and 1.4 blocks per game in the EuroLeague, alongside 10.8 points, 6.2 rebounds and 1.6 blocks in the Turkish league. His free throw stroke is still pretty biblically terrible, however; Asik is shooting 36% from there in the EuroLeague and 43% in the Turkish league (and even that’s only salvaged by the 6-6 performance in his last game; he started 8 for 31). But apart from that tiny flaw, he’s producing.

The general rule is that if you can perform in the EuroLeague, you can perform in the NBA. But to do that, Asik will have to stop getting injured. He’s out for at least another six weeks now after fracturing his collarbone during a game on December 14th. Considering that he’s missed much of the last two seasons with knee injuries, this does not bode well.

Augmon last played in the NBA in the 2005-06 season, when he played 36 games rather badly for the Orlando Magic. It was his second year with the team, and, given that his middle name is Orlando, it seemed quite apt. He then spent a year out of the game before randomly signing with the Nuggets in training camp 2007. About that signing, Nuggets coach George Karl said:

“I wouldn’t waste Stacey’s time if I didn’t think there was a chance of him making our team.”

Yet about Brad Stricker, who also signed for the Nuggets in 2007 training camp, Karl said:

“He’s got as much of a chance as Bret Bearup.”

A month after not making the Nuggets team, Augmon became a player development coach for them. He’s still there.

James Augustine was in summer league this year with both the Jazz and the Bulls. He played well for both, yet he stayed on in Spain to play a second season with Gran Canaria. Augustine is averaging 9.0 points and 8.5 rebounds in 23 minutes per game in the EuroCup, alongside 7.5 points and 6.4 rebounds per game in the ACB. The slight downside is that he’s shooting less than 1 free throw a game.

Gran Canaria have only one Spanish player in their rotation. Going from most to least minutes in the ACB their roster reads Jaycee Carroll (American), Sitapha Savane (has a Spanish passport due to residency but is Senegalese), Augustine (American), Marcus Norris (American and Croatian), Jim Moran (American and Irish), Melvin Sanders (American and Georgian), Will McDonald (American), Josh Fisher (has a Spanish passport due to residency but is American), Tomas Bellas (actually Spanish!) and Daniel Kickert (Australian and Dutch). Even their deep bench has foreigners; Ryan Richards is English, born and raised in the eternally average place of Sittingbourne in Kent, and Ewoud Kloos is Dutch. Gran Canaria have played 15 games so far, which means there have been 3,000 minutes of playing time up for grabs, yet true Spaniards have filled only 242 of them. And 229 of those were for Bellas.

All those dual passports and nationalisations allow Gran Canaria to play within the rules. But they’re hardly keeping to the spirit of them.

Austin, the Bulls’ other unsigned draft pick, is also in Spain, signed with Lucentum Alicante in the ACB this summer after splitting last year between Turkey and China. His transformation from post-up threat to perennial jump-shooter is almost complete; on the season he averages 11.6 points, 4.0 rebounds, 0.1 blocks and 21.8 minutes, all while shooting more three-pointers than free throws.

At various times during the six years since he was drafted, Bulls fans have wondered if Austin could be an option to help them out with some post-up offence. The answer would appear to be no, not any more. He never could defend, he never would box out, and now he doesn’t even score much inside either. He still produces pretty well, but not in a style that suits any NBA aspirations. If you want Mario Austin, you might as well have Anthony Tolliver.

Ayers played last year for Notre Dame, where he was awesomely average. At 6’7, Ayers had good size for a wing player, and he was also athletic. He also had a pretty sweet jump shot out to three-point range, and could defend. Yet all he did was take jump shots; there was no desire to put the ball on the floor, nor any success when he did. You have to love role players like that.

After going undrafted, Ayers went to the Wizards for summer league, but didn’t make it through the tryout phase. He reappeared in the D-League, allocated to the Fort Wayne Mad Ants, for whom he has started 10 of 13 games. Not much has changed in his style of play; Ayers averages 7.8 points, 2.8 rebounds, 0.9 assists, 1.2 steals and 0.5 blocks in 26 minutes per game, shooting 44% from the field, 44% from three-point range and 100% from the line. He has taken 41 three-pointers in 13 games compared to six foul shots. He does what he does, and that’s why I like him.

The Puerto Rican league runs in the summer time, during almost every other league’s offseason. It’s for that reason that they’re able to get so much talent there. Ayuso, a Puerto Rican native, played in the Puerto Rican league last summer with Cangrejeros de Santurce, averaging a very Brandon Armstrong-like 21.4 points and 1.6 assists. And even though the Puerto Rican league doesn’t start for ages, Ayuso has already signed there once more, moving to the Capitanes de Arecibo. This is because Arecibo are (or were) in the Liga Americas, the 16 team cross-continental club tournament for all countries South American and Latinish. Arecibo went 1-2 in their three group games last month, failing to qualify; Ayuso averaged 11.7 points along the way.

Malick Badiane was in the D-League last year with the Anaheim Arsenal, and averaged 4.9 points, 5.4 rebounds, 2.0 fouls and 0.4 blocks per game. However, the Anaheim Arsenal no longer exist, and nor does Malick Badiane’s D-League career. He has moved from there to the relative lowlights of the French second division, signing with Nanterre on December 15th. Badiane has not yet played a game for the team, as their December 19th game was postponed until January 12th.

Drafted by the Rockets way back in 2003, and thrown in in a trade to the Grizzlies in 2008, Badiane was drafted while incredibly young based on his combination of size, athleticism and defensive instincts. But it hasn’t worked out.

Having Bulls draft picks featured so prominently in this post is a coincidence, but when it involves Dalibor Bagaric, it’s a happy one. The now-29-year-old Bagaric was said to have signed a guaranteed contract with the Hawks last summer, but he didn’t; instead, he returned to Bologna and barely played all year. This summer, Dali returned to his native Croatia when he signed with Cibona Zagreb, but this hasn’t resulted in much of an increase in PT. In four EuroLeague games, Bagaric is averaging 2.8 points, 3.5 rebounds and 1.3 fouls; in eight Adriatic League games, that rises only to 3.6 points, 4.3 rebounds and 2.0 fouls.

I don’t know how many flagrants he’s committed, but I’d like to.

Drove past one of these lorries the other day. I laughed. 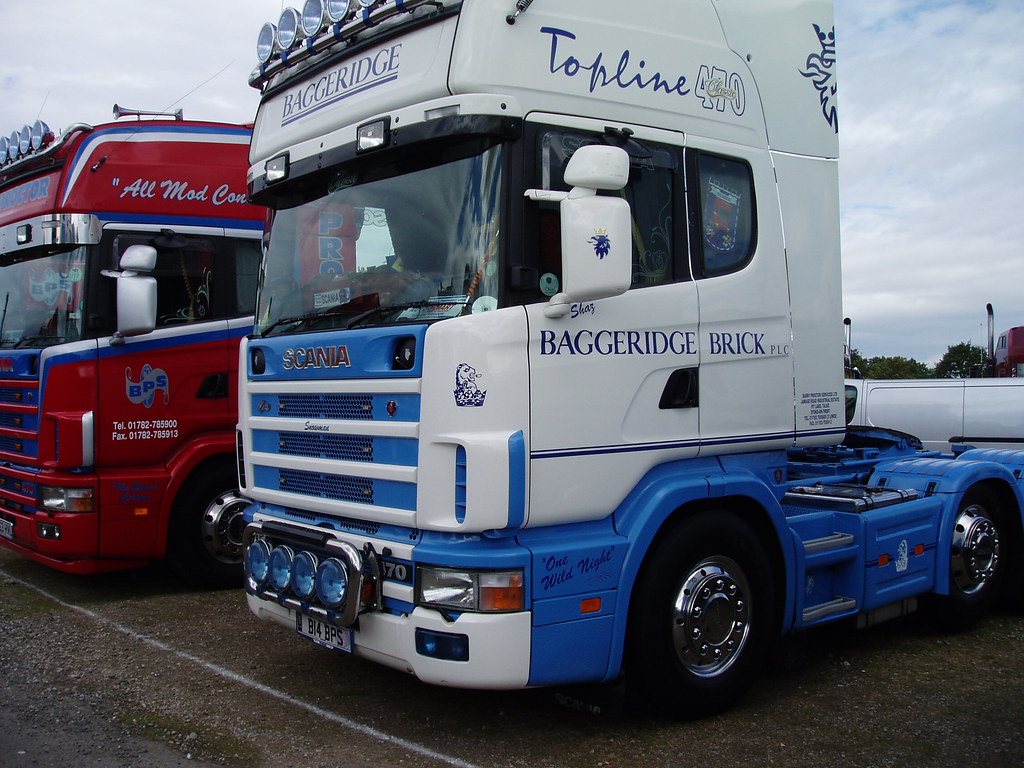 Santa Clara’s Bailey is entering his fourth season in Germany, and his first with Ludwigsburg. In 30 mpg of 17 games, Bailey is averaging 9.0 points, 4.1 rebounds and 2.6 assists per game, but is shooting only 9-49 (18%) from three point range.

In accordance with prophecy, Ludwigsburg have a rotation featuring eight Americans and only one German. That one German is called David McCray. It’s not THE most German name in the world, is it?

Baker was mentioned in the 1993 draft roundup from only last month. I didn’t have much to say, though. Here it is again.

Vin Baker was still playing up to and including last season. The NBA fell by the wayside back in 2006 when he was released by the Timberwolves after the first six games of the season, but he’s signed elsewhere twice since then, both last season. Baker signed with Liaoning in China last November, and then signed with Marinos in Venezuela this June.

Both times, he was released without playing a game due to being out of shape.

Maker’s non-basketball life hasn’t been going too well, either. In June 2007, the recovering alcoholic was arrested for drink driving after leaving a casino. (He later pleaded guilty to a lesser charge of reckless driving.) In February 2008, his seafood restaurant was foreclosed after racking up roughly $900,000 in unpaid loans. And in June 2008, his home was also foreclosed.

He hasn’t been in the headlines for a while, and as they say, no news is good news. So it would be great if he’s rectified his problems and straightened out his affairs. But given that the last time we heard from him was when he was deemed to be an unfit replacement for Horacio Llamas……well. That’s worrisome.

Veteran Baker joined the Dakota Wizards in 2006, and played three full years there. It’s unusual for someone to stay in the D-League that long, because it doesn’t pay very well. And it’s also very unusual for a man of that age to be there that long. But Baker did it anyway, and only this summer did he leave, signing in Cyprus for AEK Limassol alongside fellow D-Leaguer Trent Strickland. However, Baker spent barely any time at all in Cyprus, returning to the D-League as as one of the Wizards’ returning players. Now into his fourth season there, Baker is averaging 12.7 points, 4.3 rebounds, 4.3 assists and 2.2 steals per game, shooting 49% from the field and 43% from three-point range.

Cypresian statistics are basically impossible to find. But if Google translate is right, Baker scored 9 points in 2 games. Don’t know about the rest.

Cypresian is not a word, by the way.