Spurs draft pick Karaulov played in the Russian second division last year for Nizhny Novgorod. He averaged 11.2 points and 5.8 rebounds per game, which aren’t bad numbers I guess. But to put them in some sort of context, Karaulov averaged 17.2 ppg and 9.5 rpg for a different second division team in the 2003-04 season, the year before the Spurs drafted him. So somehow, in the six years post hence, the soon-to-be 28 year old Karaulov …

Former University of Washington forward Bobby Jones was a second-round draft pick of the Minnesota Timberwolves in 2006, who was traded immediately to the Sixers. He signed a two-year deal with the team and played spot minutes of 44 games in his rookie year, before being traded again in the offseason to the Denver Nuggets as a part of the Steven Hunter/Reggie Evans swap. Denver played him in 25 more games but waived him …

One thing I didn’t know until about Britton Johnsen until just now; a decade ago, he got into a fight with Amadou Makhtar N’Diaye (not Mamadou), who accused …

I wasn’t initially going to mention this, not until we got to Marko Tomas’s entry at least. But, prompted by Jonathan Givony, I will relent and do it now.

An amusing scandal has broken out in the world of Croatian basketball. A team called Cibona Zagreb are perhaps the best team in the country; they were in the last 16 of the EuroLeague just last month, and currently lead the powerhouse Adriatic League with a 19-5 record. Players on that …

Hart first signed with the Timberwolves for training camp, and the depth chart alone was enough to help him beat out the other 470 competitors for the 15th man spot. However, despite the Wolves’ lack of a third point guard, Hart played only five minutes and ended up being traded away, twice. Sort of. The Timberwolves first had a deal with New Orleans that would have seen them trade Hart (or rather, his unguaranteed contract) to the …

Gonzaga graduate Josh Heytvelt is one of the best players in Turkey. His team (Oyak Renault Bursa) are third-last in the Turkish TBL with a 6-16 record, but it’s not the fault of Heytvelt, who averages 16.6 points and 9.7 rebounds per game. The scoring ranks tenth in the league, and the rebounds rank second only to Jamar E. O’Davidson. Bursa won a massive game at the weekend when they beat the high-flying Turk Telekom; Heytvelt …

In the previous post I talked about Hawks draft pick Sergiy Gladyr, but did so while omitting a potentially interesting/amusing piece of information. Gladyr has not played since Valentine’s Day, when he left a game against Meridiano after only nine minutes with an injury and never returned. The injury is a broken hand, one which Gladyr suffered by punching an advertising hoarding. Maybe he was feeling a little unloved that day. I feel your pain, brother. 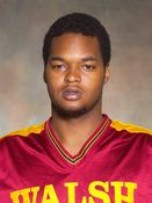 An established and productive forward in the EuroLeague these last couple of years – if kind of disliked by certain sections of the European audience who abhor athleticism when it comes at the expenses of pick-and-roll defence – Haislip left Unicaja Malaga this summer after two seasons to return to the NBA to play for the Spurs for the minimum salary. This represented about a 75% paycut for Haislip, yet he did it anyway, because American citizens …

After being drafted by the Atlanta Hawks this summer, Gladyr left the Ukraine for the first time and moved to the ACB to play with Suzuki Manresa (formerly known as Ricoh Manresa). Manresa have an 11-13 record on the season, yet they’re comfortably in the middle of the table, currently placing 10th out of 18 ACB teams. Gladyr is third on the team in scoring with a 9.9 ppg average, alongside 2.1 rebounds, 3.6 fouls and no …

The Chinese Basketball Association and its compelling protagonists have a particular level of focus on this website, for the simple reason that they’re awesome. Any league that saw Olumide Oyedeji average nearly 20/20 can peak the interest of any of us.

Fringe NBA players like playing in China; the exposure isn’t huge and the standard isn’t great, but the CBA pays very well, and it is unashamed in copying the NBA model of basketball not much imitated around the globe. …