Outlaw last played in the 2007-08 season, when he played two games at the start of the year with the Magic before being waived in November. He now works for the team as a community ambassador.

NBA veteran and Bulgarian national team member Andre Owens (true story about the Bulgaria thing by the way) started the year in Turkey, playing for Turk Telekom. In four EuroCup games, Owens averaged 20 minutes, but only …

The only bits of the 2009 Summer Signings post series worth saving
August 1st, 2009

– Darius Rice has left the immortally named Purefoods Tender Juicy Giants from the Phillipines, and is about to sign with Montegranaro in Italy. I think that translates as “Bread Mountain”. I hope it does, anyway.

– A previous blog post talked about how Ivan Radenovic had had his contract with Akasvayu Girona extended. That news is now bunkum, for Girona have gone bankrupt, and are not playing this upcoming season. This leaves Radenovic now unsigned, unattached and undervalued.… 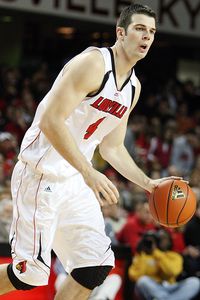 Back on the 25th February, the “Where Are They Now?” series of post things that make up about 95% of this site’s interesting content included an entry on former Louisville and Miami Heat centre, David Padgett. The entry is quoted as follows:

David Padgett went to training camp with the Miami Heat, signed a contract immediately after it (essentially this meant just signing for training camp really early), didn’t make the team, and was waived. He has not signed