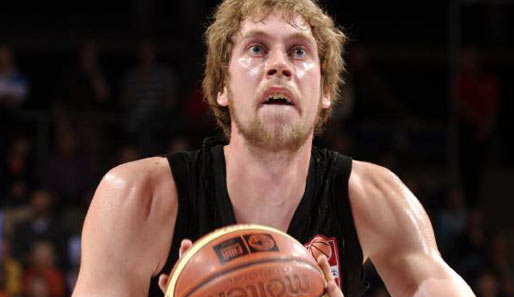 Short story short, Peter Fehse is a lanky German with lots of hair, who was drafted in the second round in 2002 as an absolute longshot based on his combination of height and athleticism. He never amounted to anything NBA-calibre, partly because he never had NBA calibre to begin with, but also because of constant injuries.

It has been over seven years since Peter Fehse was last heard of in NBA circles; indeed, he’s barely even heard in German basketball circles either. Fehse has not played this season, played in only two games last season, and did not play in 2007/08, all of which is due to injury. As long shot projects go, he was about as long-shotty as a 49th pick can be, and is even more of a throw-in than Andy Betts was when he was traded for Peja Stojakovic in July 2006. Gotta love that.

2) Oklahoma City were able to make this trade because they had roughly $9 million’s worth of cap room. As documented here, Oklahoma City had about as much cap room as anyone this summer, and could have bid on a number of quality players that filled a need (including Utah’s very own Paul Millsap, whose new contract is ironically the reason for the need to salary-dump in the first place.) They didn’t do this, though, instead choosing to sign two of the most marginal players to have ever had ten or more year careers; Kevin Ollie and Ryan Bowen. Reasons like this are partly why; they maintain their cap flexibility for next summer, while using their untouched space to acquire talent during the season. Just like Memphis did in 2008/09. But more on that later.

It’s interesting that they moved so early, too. With so many teams destined to be tax payers this year (14, at last count), you would think it’d be inevitable that, come trade deadline time, teams would be bending over in front of the Thunder, offering up loved ones or whatever Sam Presti wanted if it meant that they could use some of the Thunder’s cap space to save some of their excess salary. Yet instead of waiting for the deadline, Presti has acted two months early, and used it up on a projected backup. Maybe that was the best deal they can get. Maybe they have further plans for Harpring’s expiring, and needed to get it while they still could. But it seems unlikely that Maynor and Harpring would have been the best available assets had they waited it out.

I guess they just really like Maynor. Perhaps a little too much so. We’ll see how this works out come deadline day.

3) Fans of NBA teams never like salary dumps. They don’t like seeing good basketball assets – particularly in the form of young players – being traded purely to save money, money that has been otherwise misspent in previous bad personnel moves. And that’s good. They shouldn’t.

But sometimes, it’s the right thing to do. And this seems to be one such moment. With a payroll of $82,180,677 against a luxury tax figure of $69,920,000, the Jazz were on the hook for about $94.5 million in salary this season, their highest amount ever by over $20 million. Naturally, they’re not cool with that idea, especially since they’re not off to the greatest start this season. So by dumping these two guaranteed salaries for no returning salary, the Jazz save oodles of cash.

(This does not work it out exactly, but take away Harpring’s salary and Maynor’s salary from Utah’s cap number, then take it away again in saved tax dollars, then add back on the replacement cost of the 13th player Utah is going to have to sign, and add back on whatever portion of Harpring’s contract Utah was able to save on in insurance. That’s your total saving. It’s in the eight-figures range. And for eight-figures, you can buy multiple replacement Maynors.

(By the way, this move brings the Jazz down to roughly $74 million in salary for this season. One more salary-dumping move – potentially one involving Kyle Korver – and the Jazz might yet get under the tax threshold. If they do, then, once tax rebates are included, their payroll will be nearer $64 million than $94 million. Are you really going to pay $30 million for two backup guards when you don’t have to?)

5) The Thunder had to waive two players to accommodate the two incomers, and inevitably they settled upon Mike Wilks and Shaun Livingston. It’s another setback for Livingston, who was playing reasonably well now that he’s finally healthy again, but he should be able to get more work soon, particularly when 10-day contracts become available in a couple of weeks times.

Wilks is kind of used to this, but it must suck for him too.

6) The Jazz have only 12 players after this deal, so they have to sign someone. You can only have 12 players for two weeks at a time. They also now need a point guard. How about Shaun Livingston or Mike Wilks?