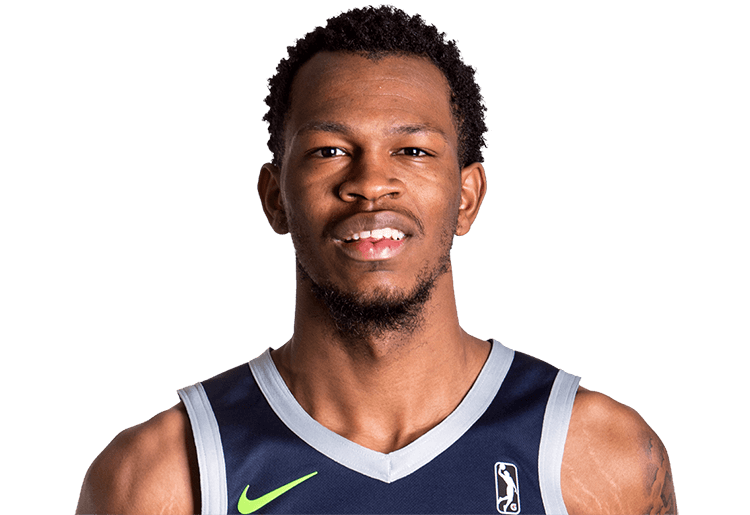 This was Lee’s first professional season out of UAB, and it began with a summer league stint with the Memphis Grizzlies. After not getting a training camp contract from them, he initially signed in Serbia with Dynamic Belgrade, yet left just before their season started, signed a one-day contract with the Minnesota Timberwolves and then was allocated to Iowa, where he spent the entire season. However, Lee did not translate the two-way game he had demonstrated with the Blazers previously, and found himself behind the pace offensively in particular.

An athlete, a dunker and a shot blocker, Lee has a very good professional projection based on that alone. Yet at UAB, he also was a 59th percentile spot up shooter. It was not much, yet given that Lee has a very limited handle on the ball and rudimentary post-up moves, it added an offensive dimension beyond merely cutting and rolling to the rim. When Lee is not able to dunk, he struggles to finish around the basket, even with all that athleticism – he tends to go up rather soft, and his lean frame does not take a bump well. The jump shot and the threat of it open up the court for him, giving him some room in which to drive. It only works though if he hits his shots. This year, he did not hit enough of them, and when combined with all of the things that he does not do offensively, this made him a distinct net negative on that end of the court. Consistent balance and release point on the shot will be key to him taking a lot of the variance out of his shooting game.

Lee made a portion of it back defensively with his quick leaping ability and good contests. The length and speed make him able to cover ground and be a help presence, as well as recover to those whom the rest of the defence missed. The lack of strength can again make him exploitable to those who prefer to play physically, yet Lee’s rebounding rate improved this season, which gives him some added value on the end. In a league looking for stretch fours who can defend multiple positions, Lee is on the radar, but he needs to be a lot more productive than this. 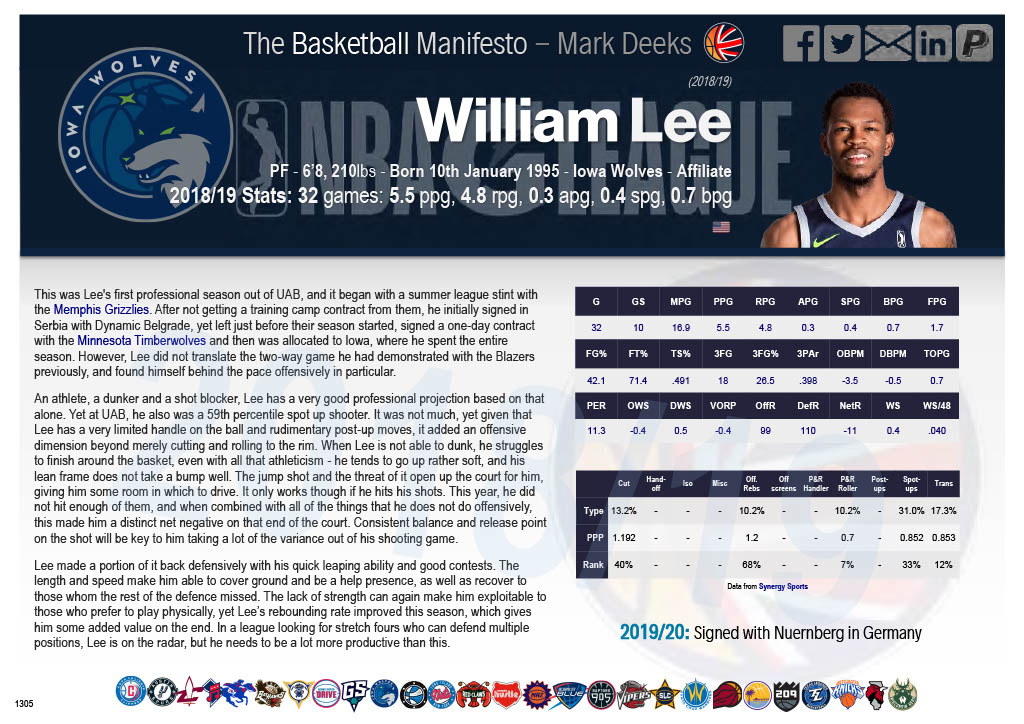