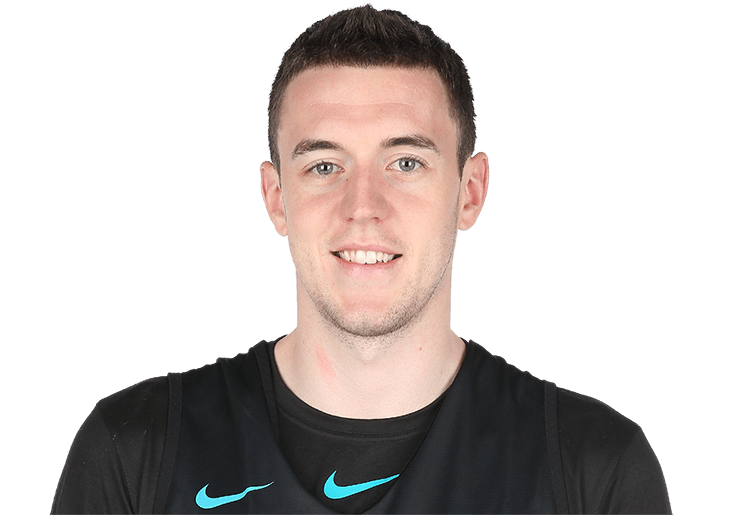 Nelson was the third overall pick in last year’s G-League draft, beginning his first season as a professional after a four-year career at Fairfield in which he averaged greater than 20 points per game across his two upperclassmen seasons. The draft does not draw in the calibre of player that it once did for reasons not worth going into in this space, yet in Nelson, the Swarm found themselves a very versatile scoring player with experience of both working off the ball and being the go-to player on an otherwise undermanned team.

The 42.7% from three-point range Nelson has shot here in his first professional season greatly outstrips the 35.3% he shot as a senior. Yet it figures to be more of the norm for him going forward. On a limited Stags team, Nelson’s degree of difficulty on his shots was far harder than it will be hereafter, and regardless of whether he is running off screens or off the dribble, the jump shot is the lynchpin of his offensive game. Everything else and all the savvy that goes with it are built around its success. Nelson shoots very well off of curls and screens, as well as just traditionally spotting up, and he works off of the attention that brings with timely cuts and good passing vision through the space that is opened up. A good decision maker as well, Nelson occasionally takes turns on the ball and pushes it about as well as a small and kind of slow player can, and although it is difficult for him to finish at the rim when contested considering his lack of explosion, Nelson can get to it off of a curl as long as he can get to his right hand.

The lack of length, strength or athleticism does however impact him defensively. Fairfield would hide him on that end due to how important he was offensively, yet this means he is unseasoned now as a G-League defensive player, while also being disadvantaged by his physical profile. In his first professional season, Nelson laid out both the headiness, efficiency and sweet shooting of his offensive game, and the defensive limitations that will hold him back from being able to play at too high of a level. In tandem, they make for a solid G-Leaguer, if not an NBA player. 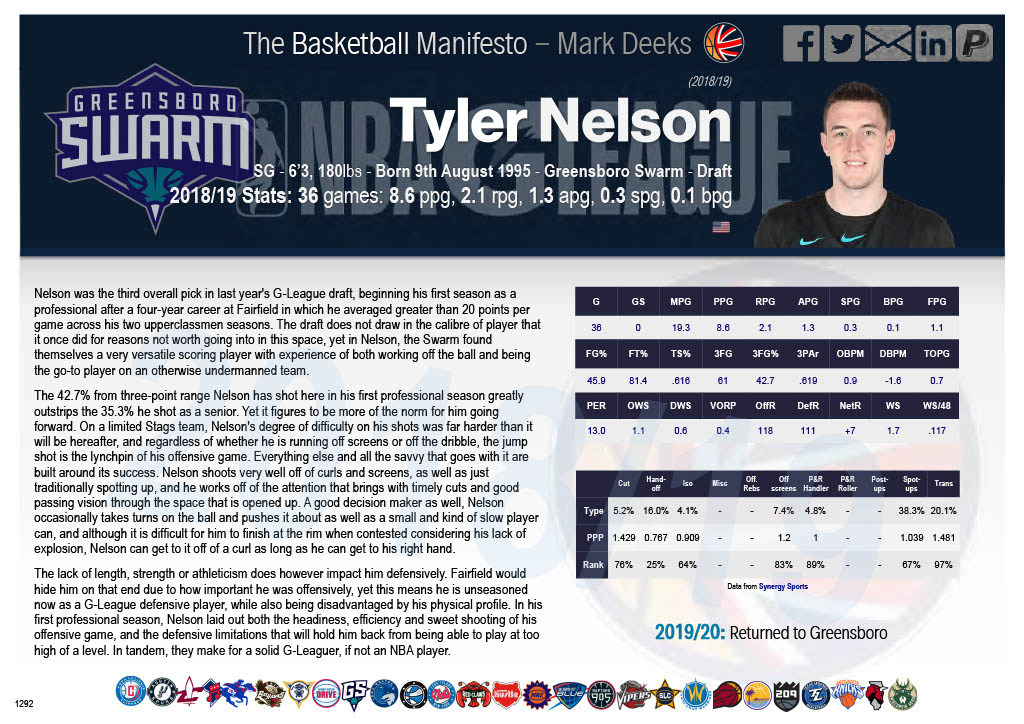