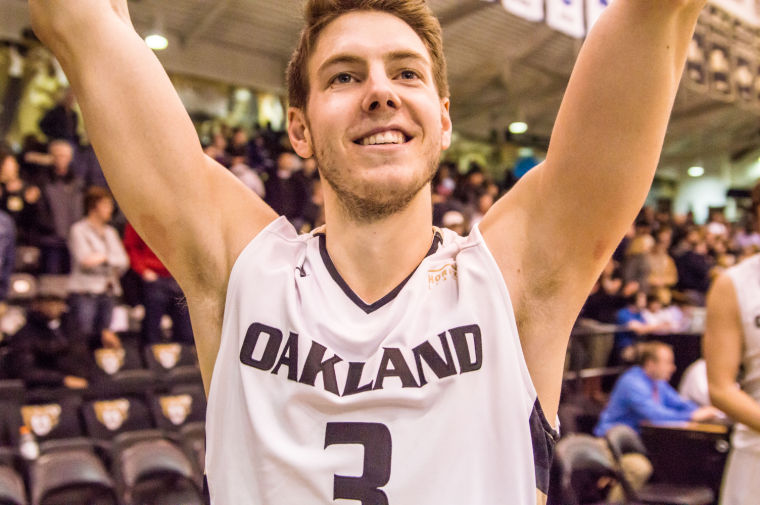 Bader returned to the G-League this January after three and a half years away, time which he had spent in Lithuania, Italy and Greece. In his time away, he has actually been working to reduce his three-point rate. Whereas most players increase theirs over time, Bader – who came out of Oakland in 2014 as an out-and-out off-ball shooting specialist – has lowered his three-point rate from .828 in his first G-League stint with the Rio Grande Valley Vipers down to only .579 with the Spurs this season. Still high, but not as one-dimensional as it once was.

This is not because Bader has turned into some ball-dominant probing go-to half court paint collapser or dunker or post-up guy or something. He remains true to what he is; a man who runs around off the ball, using screens, trying to get open, turning to face the basket and raising up to shoot. Minimal dribbles for maximum points, is the aim. What he is instead doing more of is throwing fakes to get the player giving him the required hard closeout in the air, then stepping in for a two-point shot. Quite a lot more often, in fact. It diversifies the attack and leads to more open looks than he would get just by shooting over the closeout every time.

Beyond this, though, Bader is still limited. Minimum dribbles is partly by choice, but also because Bader does not have much handle on the ball, making it extremely rare for him to get to the rim and limiting the range of backcourt partners he can play with. Moreover, his limited size and athleticism makes him a bit of a non-factor defensively, and so he has to hit enough shots to overcome what he gives back on that end. This season, he didn’t. Nevertheless, when Bader is in the high 30% range of his threes, this package makes him a useful role player at the G-League and European levels. Just not the one above that. 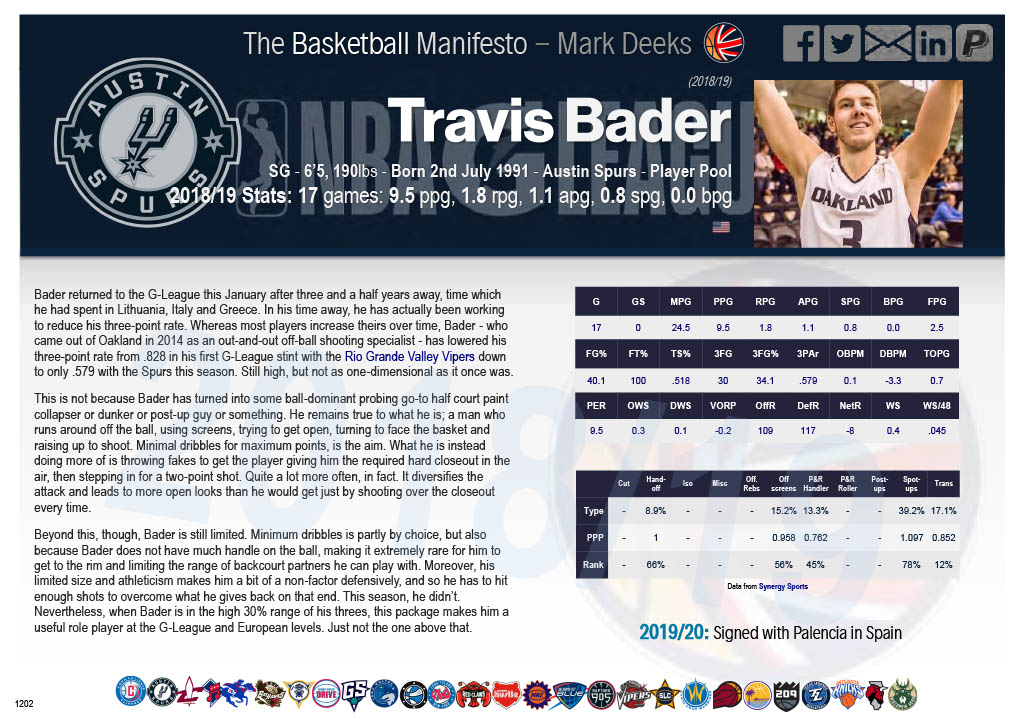