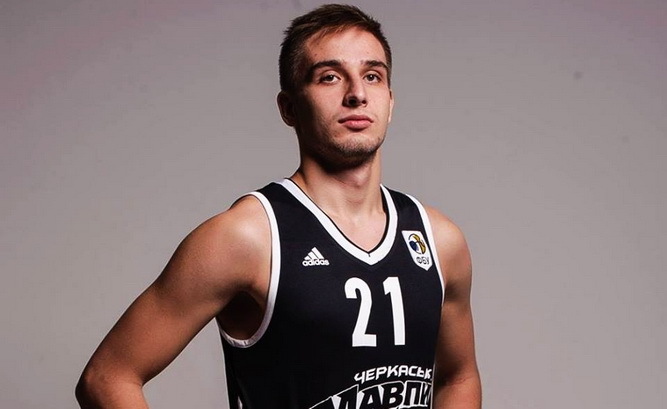 Kobets began the season with the Go-Go as an allocated player after a one-day training camp contract with the Wizards (who tried to do the same with compatriot and namesake Oleksandr Mishula, but that did not happen for whatever reason). He did not initially join the Go-Go, but was acquired in early November, playing eight minutes over three games before being waived after tearing his ACL in a game for his Ukrainian national team. He did not play again elsewhere all season, and thus his first season in America was unfortunately a dud. When healthy, Kobets is a wings-and-corners shooter, a confident offensive player who uses spot-up shooting, up-fakes and a turnaround to space the floor; not handling much other than to drive close outs yet a confident offensive player whose upper body strength allows him to finish through contact if he gets to the rim. The question was whether he had the physical tools to defend the wing positions at the NBA level. After this serious injury, that will definitely be the question again when he returns. 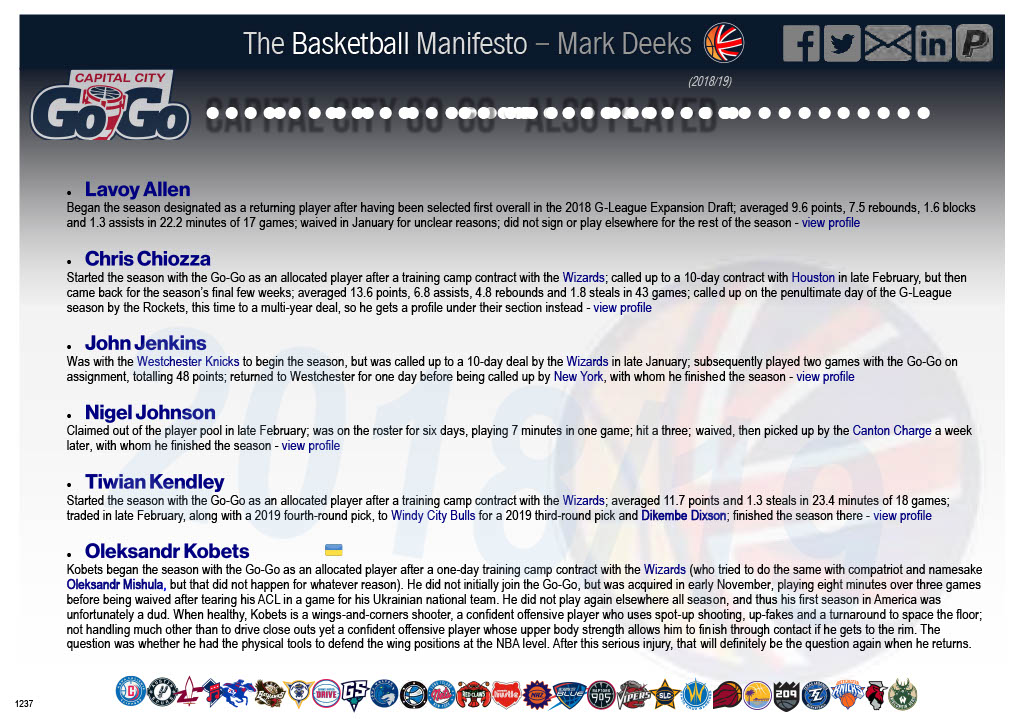