Orris spent some time with both the Fort Wayne Mad Ants (as a returning player; quickly waived when Ben Moore became available) and Capital City Go-Go (as cover for Chris Chiozza’s stint with Team USA), but played only four games and 51 minutes across the two. He is a fringe G-League player who is nonetheless well suited to the plug-in cover role he now seems to fill. Orris is not an athlete nor a shooter, lacking dynamicism, the ability to create a shot, and the ability to hit them. What he is instead is a pass-first prober, someone always looking to get inside the paint and pass through the space, either to a roll man or someone in the dunk position. Unselfishness is good, but one clutch college postseason tournament jump shot aside, Orris has never demonstrated the ability to change gear beyond that. 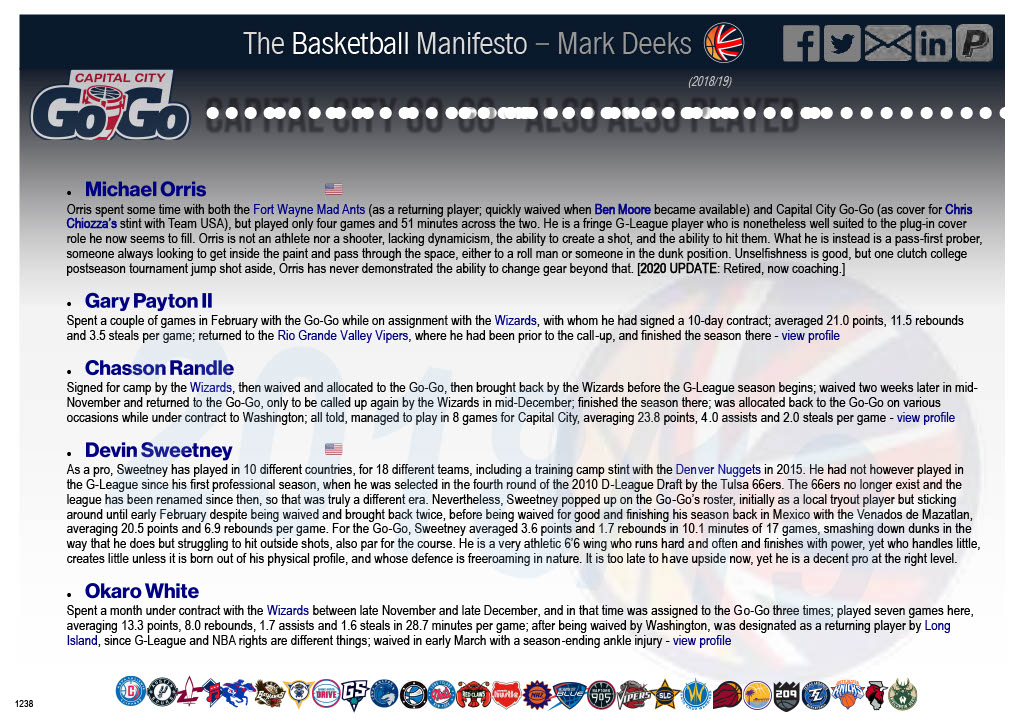