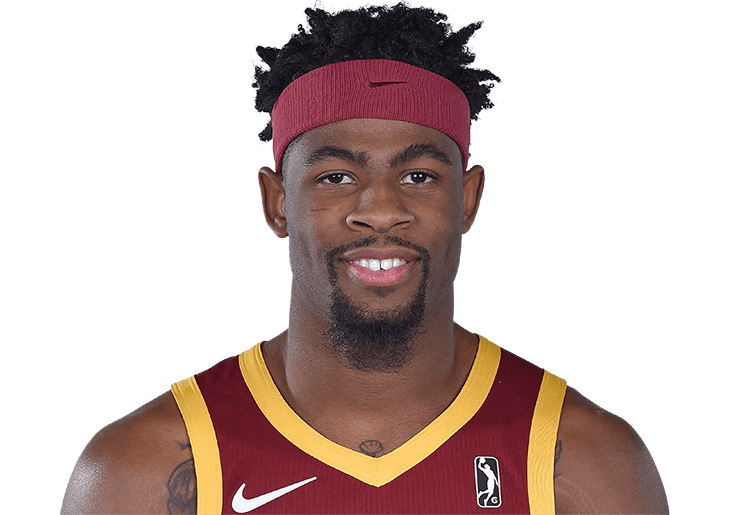 Newman’s first professional season was a strange one. Leaving Kansas after his sophomore season, he went undrafted, went to summer league with the L.A. Lakers, signed a two-way contract with them on the first possible day to do it, yet never even made it out the month of July before they ended it. Subsequently picked up by the Miami Heat for training camp, he did not make their roster, was allocated to Sioux Falls, then was traded in mid-season for Emanuel Terry, and thus found himself closing out the season here with Canton. This is probably not the sort of journey he declared for.

Finding himself somewhere between the two guard positions, Newman has the height and size of a point guard with the game of a microwave two. Dynamic and a good athlete, Newman moved more off the ball in his time at Kansas, thus becoming more of a catch-and-shoot three-point player than a primary handling lead guard. This is probably a better use of his skill set. Yet if he is to only be a secondary ball-handler, he is a bit small for the off-guard role.

Newman is nevertheless a very good spot-up shooter and a transition specialist, the two main areas of his offensive game. Jumping high to shoot, Newman also adds a pull-up two, and has some craft with his hesitation moves to get to the cup rather than just always raise up. He makes quick decisions rather than linger on the ball, which opens up the court for him, and although he is a limited playmaker for others, he can at least get his own in isolation with the handle. With step backs and pro moves, he will be a professional scorer for a long time.

He cannot however be trusted at the point guard position right now, and also has yet to make much of an impact defensively. Newman’s good foot speed should help him here, yet he has a lack of length and strength for the two guard spot, misses assignments off the ball, and only sporadically uses his feet to play good man-to-man defence at the lead guard spot. Combined with a tendency to get wild going to the basket, and you can see why NBA teams are interested in his package of skills, yet also why they have passed them up thus far. 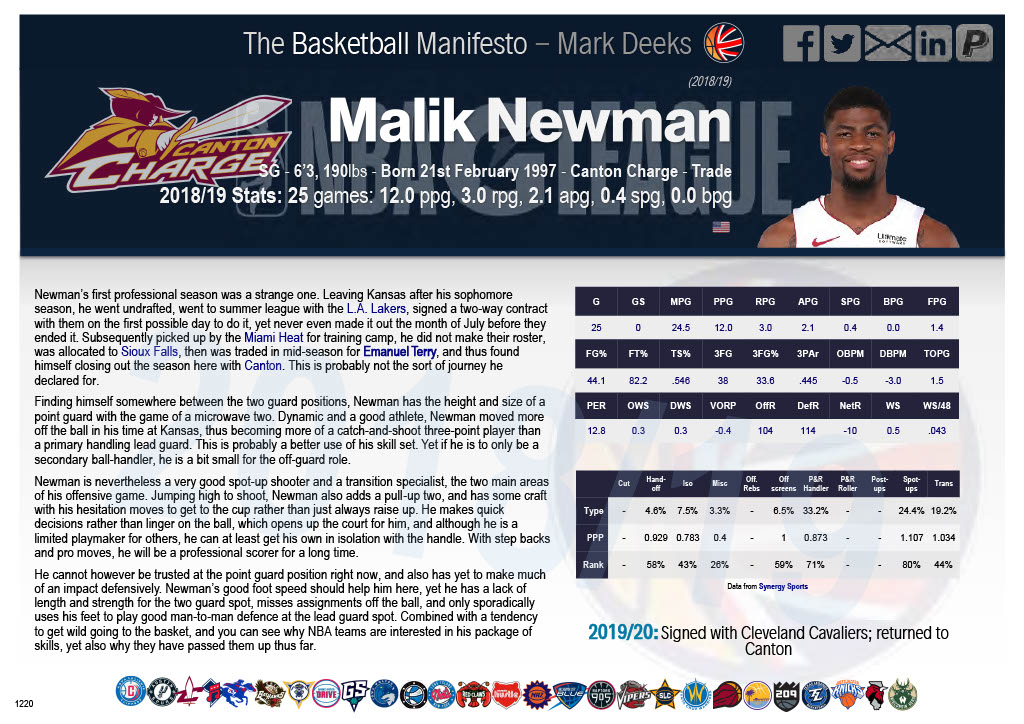