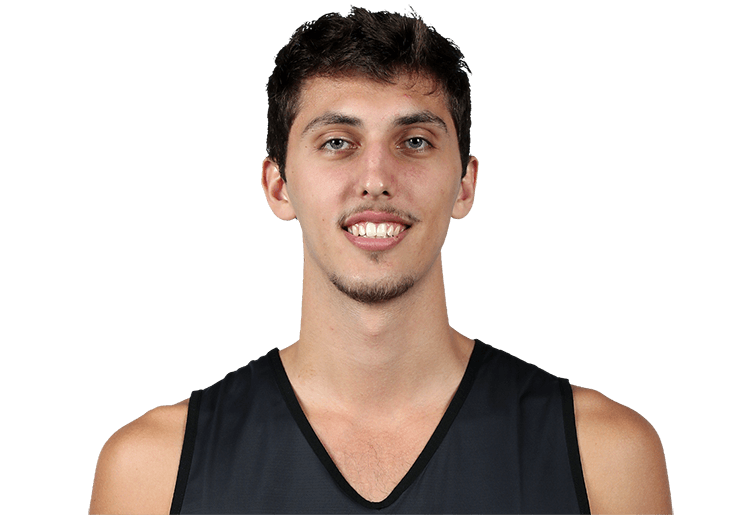 The Hornets have had their eye on Petrasek since he left Columbia back in 2017. They signed him for training camp that first year, have now allocated him to Greensboro for two consecutive seasons, and snuck in a summer league stint in between them. What they see in him is quite clear – they see a 6’10 player with a sweet corner jump shot, and they are hoping they will be able to make something of that over time.

Petrasek’s game is heavily jump shot focused to the point that he is pretty much a specialist. Back in his Columbia days, he would get some touches in the post, normally attacking the basket with the dribble but also sometimes turning round for the jump shot, never utilising a hook at all. That has not been a part of his professional repertoire, though, because the opposing defenders are always going to be too big and strong now. Instead, Petrasek is the lefty spot-up guy who takes shots within the flow of the offence, never the creator or the aggressor.

In being thin and without great length or athleticism – he does not even jump much to shoot – Petrasek is immediately disadvantaged defensively. There are no good match-ups for him, and he is a sub-par rebounder because he cannot gain and hold position, nor does he have the speed to readily rebound out of his area. Petrasek is thus a floor spacing option who will occasionally cut to the rim, occasionally make the extra pass to a cutter and try to compete while overmatched defensively, yet for the most part he is just on the weak side, waiting for a look.

Nothing wrong with that. He’s a good G-Leaguer. It’s just not going to be enough for the Hornets. 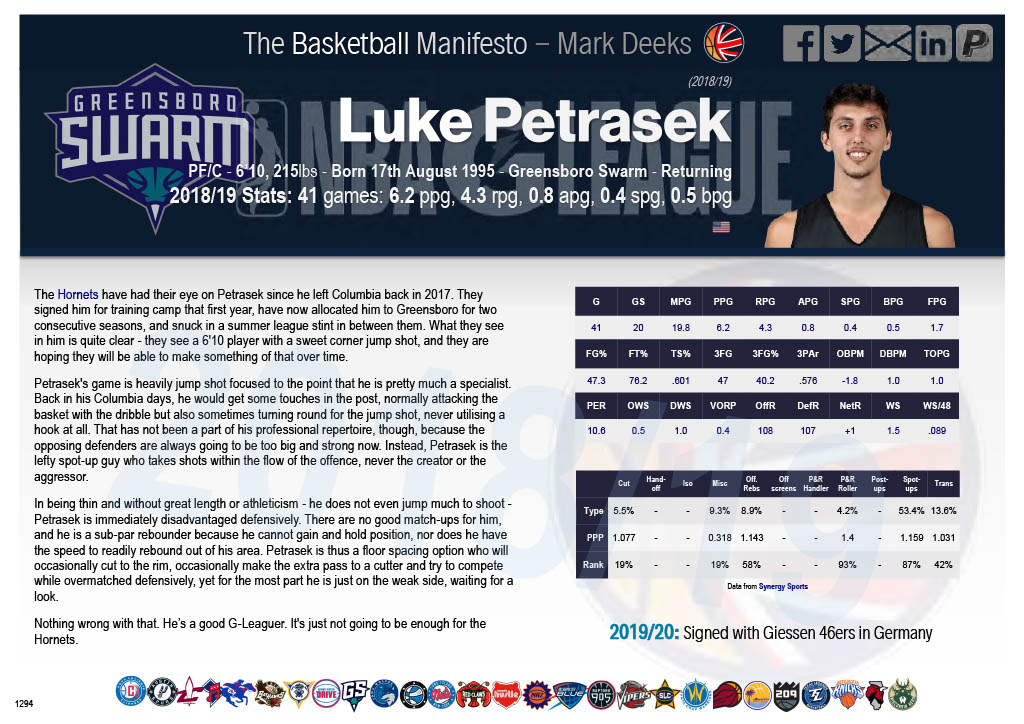