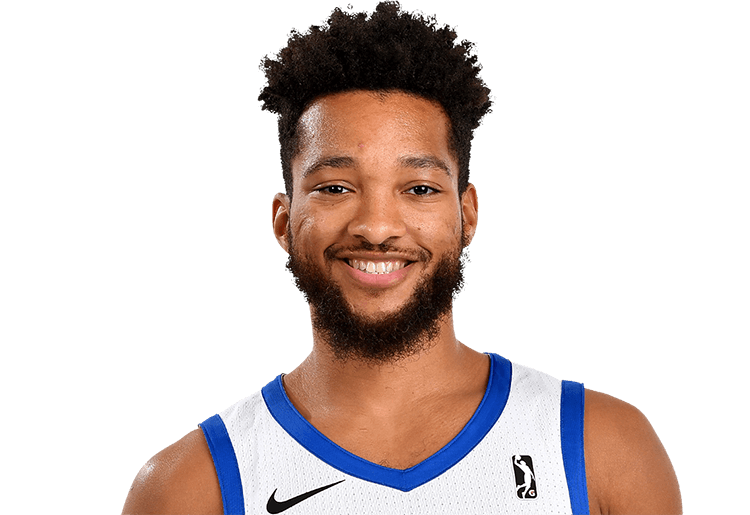 Having completed his third G-League season now, it has been established what type of player Randall is.

What he is is a reserve ball-handling point guard. He is undersized and without great leap, length, strength or athleticism – he likes to probe the lane in pick-and-roll situations, but will only really get to the basket if able to drive on a big man that switched onto him. A fairly average outside shooter, Randall will try to push the ball where he can, better able to get to the basket with a running start rather than having to get separation with the handle. He can make tough contested bankers in the lane – and kind of has to due to his size – but he does find cutting big man on the roll quite well, notwithstanding a fairly high rate of passing turnovers. His own scoring inefficiencies from all areas, however, mean having to earn back his minutes on defence, which he not necessarily done.

Defensively, the lack of size makes it difficult for him to inhibit anybody’s progress, particularly if required to switch down onto anybody at any other position than point guard. Exhibiting a higher motor and trying to deflect more with his hands would help; as it is, Randall’s role in the G-League right now is to be the solid if unremarkable back-up ball-handler that can score a bit off the bounce but whom should not be relied upon to run the offence too much.

After being in and out of the G-League in his first two years in it – spending the interim time in the now defunct PBL along with one year in Serbia – this year represented relative job security for Randall, as he spent the entire season on the Blue Coats roster. Given his -25 net rating, however, a follow-up one may be hard to come by. 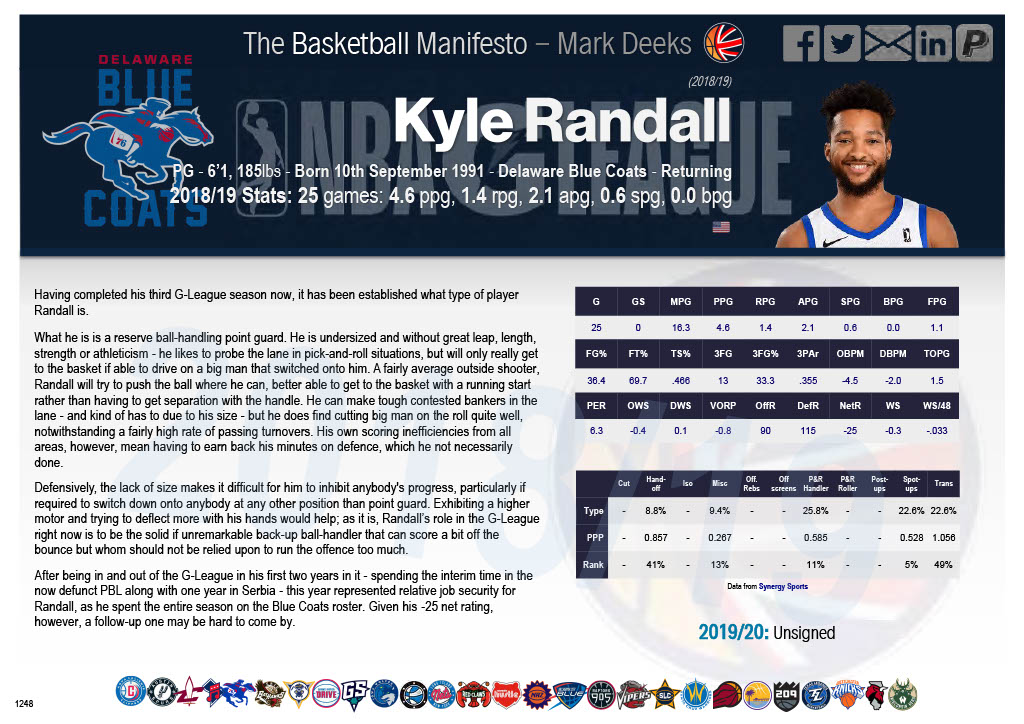