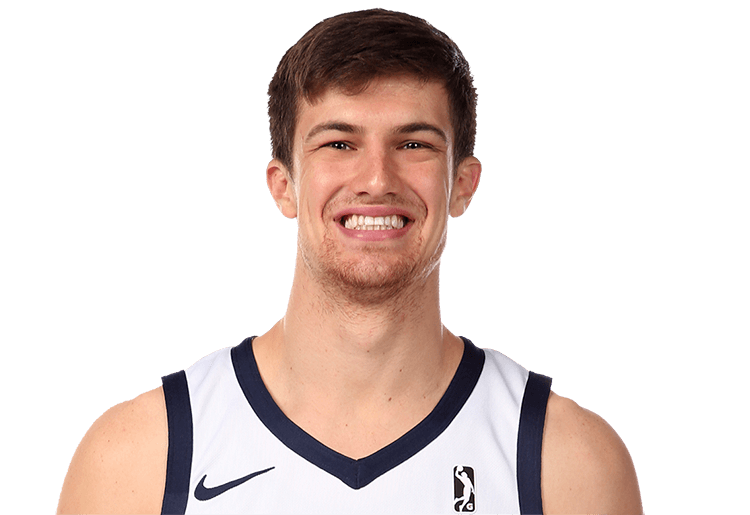 Dunham is about as pure of a shooter as there can be. He is on the court to move about, use screens, spot up then get jump shots away. Anything beyond that is an unexpected bonus.

Playing almost exclusively off the ball, Dunham intrigues purely because of how many points he could potentially give a team without needing to take a single dribble. If he does dribble, it is to turn a strongly closed-out three-point shot into a pull-up two, and not much more than that. Dunham’s quick-release allows him to shoot through even the tiniest gaps, and he has NBA range on his shot.

As with any such player of this type, the question from an NBA point of view is are they big enough to have success doing this simple package at that level, and can they hold their own defensively. In the case of Dunham, these concerns are valid. He lacks for NBA size, length, strength and athleticism; the ability to get shots away so quickly as to not need to fight for position much is a virtue, but anyone fighting him back is going to win. This is not Klay Thompson we are looking at here, other than in style of play.

Because he needs setting up for everything, Dunham can go through quiet spells offensively, and on the rare occasions he does get to the rim, he is a poor finisher. With no post game, little handle, in lacking the tools to defend his position and in being inevitably physically overmatched at the next level, Dunham is more Diebler than DiVincenzo. So the very open nature of the G-League is a suitable level for him – play here, get shots up, be on the NBA fringes, get scouted by European teams, go make better money for a decade. Sorted. 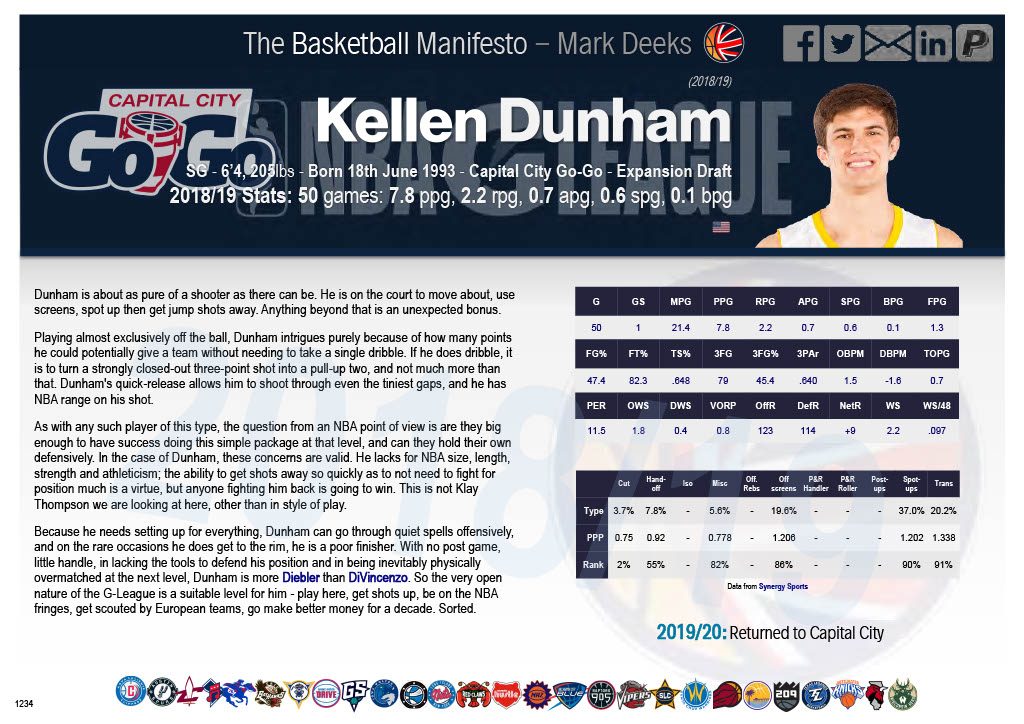