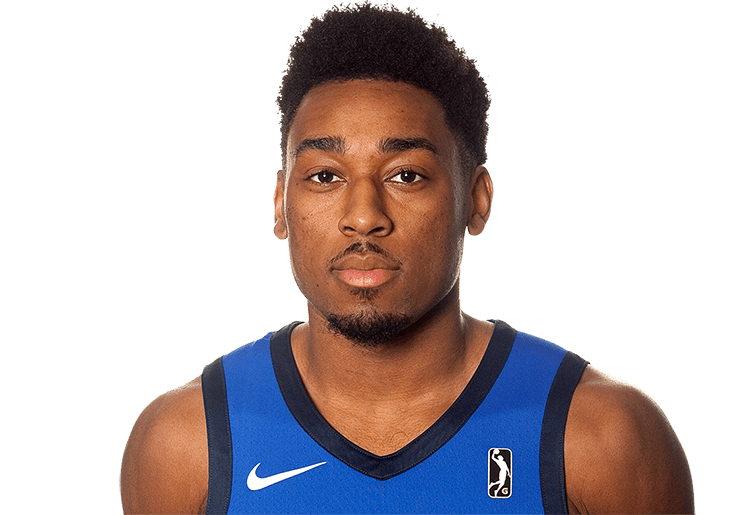 Gillon began the year with the Erie BayHawks, and was acquired by the Swarm in trade in exchange for Cat Barber. The Swarm had been using Barber as a sixth man type off the bench, and clearly felt as though they needed a more traditional type of point guard in their line-up instead. Enter the incredibly solid all-around Gillon, who is exactly that.

Gillon’s small size caps his upside and makes it difficult for him to do certain things – for example, finish at the basket, defend any position other than point guard, reach the highest shelf in the supermarket, or become a sumo wrestler. What he lacks in the size and athleticism departments, however, he makes up for with guile and craft. He is a very solid playmaker, a man always probing off the pick-and-roll and able to kick to the perimeter or drop his own floaters around the basket. Gillon does have a tendency to slow things down when he could make quicker decisions; he likes for some reason to take a few seconds before he decides what to do, and while this does not necessarily result in him making bad decisions, he reduces his options by letting a defence get set. He does not need to be a speedster to be able to move slightly quicker before the defence is entirely ready for him, so the sometime-dithering is strange. Nevertheless, half-court decisions are a strength of Gillon’s game, and he pairs it with pushing in transition and some good shooting of his own. As an offensive player, he is solid, judicious and reliable, if not a game-changer.

The same sort of thing is true defensively as well. Only able to defend the one position given his size, Gillon makes good reads of what the opposition intends to do and gets himself in the way of it first. He plays the passing lanes well and stays in front of drivers as best he can, notwithstanding the fact that he can be gotten past and shot over by those both quicker and bigger. Gillon’s brief audition with the Swarm down the stretch of the season was not his best, but it was a very small sample size, and over the two years of his G-League career thus far, he has improved consistently to the point that he had Cat Barber-level trade value. It seems likely that he is a player the Swarm will want to bring back next year. 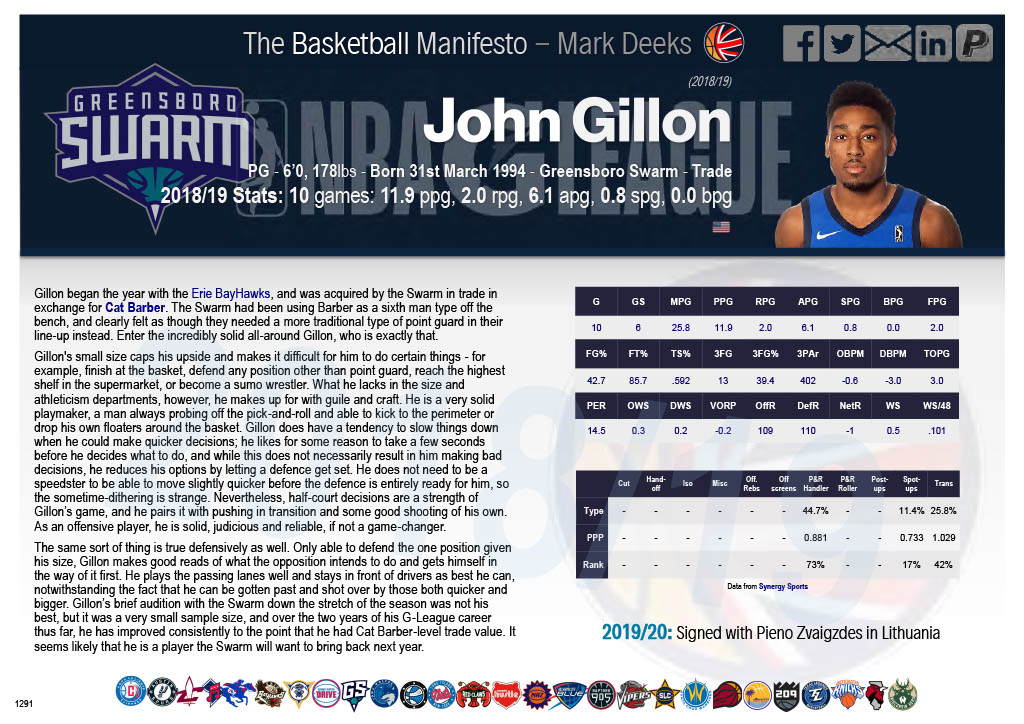