Declaring for the NBA Draft after his junior season at Louisville in 2017, Johnson is still young and therefore still a project. In what would have been his senior season, he received a 10-day call-up from the Chicago Bulls – albeit without playing any game time, instead being one of several players they called up without playing so as to get more money to their G-Leaguers – and then went to summer league with the L.A. Clippers. He is on the NBA radar on account of having NBA athleticism. Further development to his skill set has been required, and having progressed in every major statistical category this G-League season compared to last, perhaps it has been forthcoming.

Johnson’s basic numbers are down across the board this season due to a big decline in his minutes per game. Yet in every efficiency metric, he improved. Johnson became a better and more efficient scorer from all areas, hit more jump shots, fouled less, turn the ball over far far less and ultimately was a big positive in a smaller role. His game is best defined by his athleticism, where his length and good frame make him an agile player who gets into a lot of space, and back when he was wild and unskilled, he was at least aggressive. Overly aggressive, but decisive nonetheless. Now that he has more poise and strength in his frame, Johnson is a stretch four with an unblockably high shot, doing so without losing his ability to score on the move or finish around the basket.

There are still areas of his game to work on. Johnson’s jump shot improvements are valuable, yet he does not seem to have put in the same work from the free throw line, and for one so athletic, you would think he would win more possessions defensively. As it is, Johnson has still yet to play with the energy required on that end, and this remains the next key area for him to grow in. Indeed, there is still quite a long way for him to go. But then, there is also quite a lot to work with. 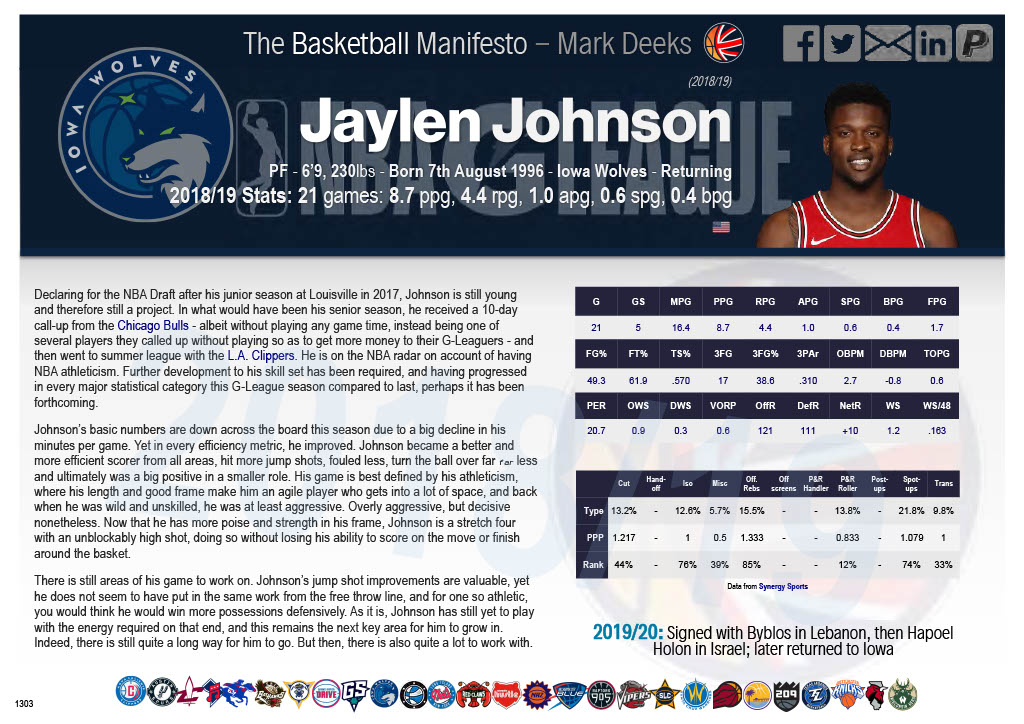