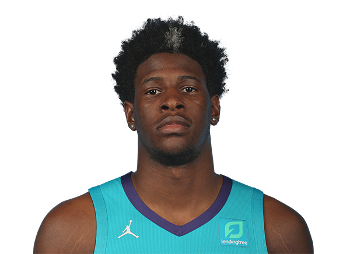 Due to his height, Barford is listed as a combo guard generally, but it is hard to identify his game as such. Not anymore, anyway. A scorer at heart, Barford would take isolation possessions for the Razorbacks and handle the ball up top quite a bit more than he did with the Swarm, and also quite a bit better than he did here as well. As a member of the Swarm, Barford was more of an off-ball perimeter shooter and a one-man fast break machine who created offence through movement. That said, he needs to improve his shot making from every area of the court. The very occasional post touches of his Razorback days will surely not continue, and Barford will need to improve his ballhandling, ability to shoot off the dribble, changes of direction and getting to the rim if he is to be a combo guard at high levels going forwards. As of right now, short for a point guard and without great athleticism or length, he is particularly short for the off guard game that otherwise better suits him.

Barford however does not let this affect his defensive tenacity. The word so often used to describe him on that end is ‘bulldog’, and it very much has a basis in fact. Barford has strength on his frame and is very competitive with it, putting forth good effort and playing as physically as he can, trying to compensate for the physical disadvantages that he faces. Just as he makes quick decisions offensively, he also seems quick to read the play defensively, and although it alone is not enough to overcome what he gives up size-wise, it is close to the best he can manage. And that is to his credit.

Barford has not measured out as an NBA prospect in his inaugural G-League season. But it is not NBA or bust. He was a decent G-League player who will get better when he makes more shots, and either improves his shot making abilities, tempers down his shot taking aggression, or both. 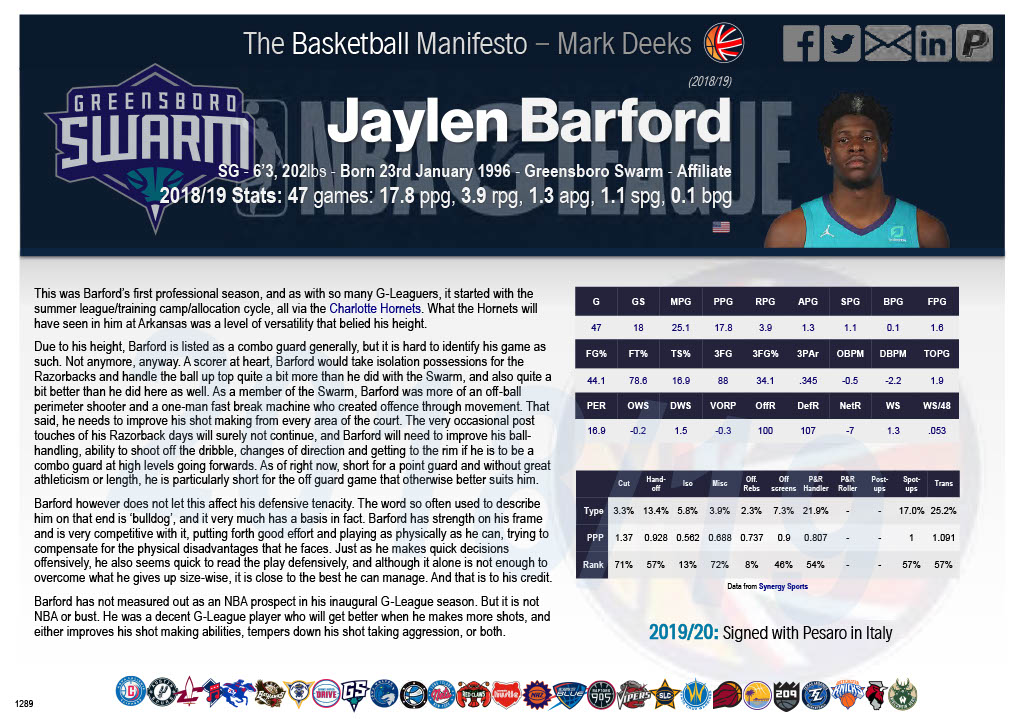