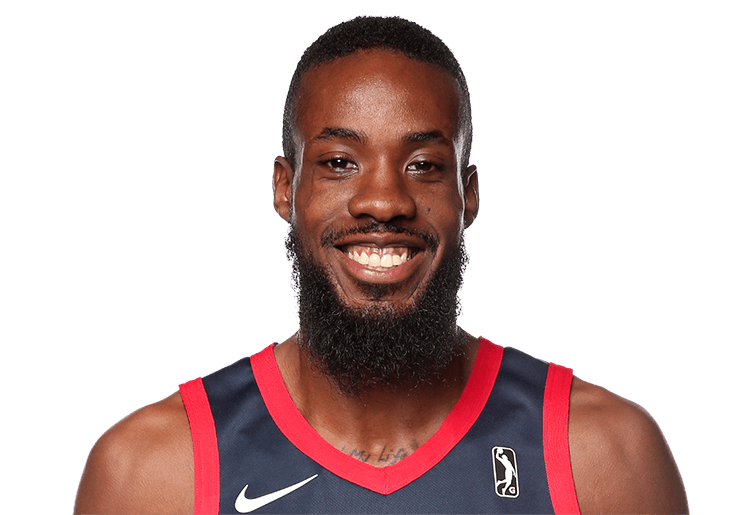 to this season had been a surprise. He barely played in Italy’s Serie A with Trento as a rookie, dropped down to the Italian second division in his second season, dropped further down to the Japanese third division of all places in his third season, and was in Hungary last year, an improving league that attracts a decent calibre of third or fourth tier import, but which does not get many 6’9 athletes like this in it. It is thus perhaps not surprising that Armwood starred in that League, leading it in blocks with 2.0 per game, alongside 17.5 points, 9.6 rebounds and 2.6 assists per contest.

This year has probably been the best of his entire professional career. Armwood was an excellent defensive player for the Go-Go this year, as a player of his physical profile should be. Long, wiry and a decent athlete, Armwood contests everything, takes charges, free-roams in space to great effect and is an improved man-to-man defender. He rebounds in traffic and uses his length, hoping to compensate for a lack of core strength. Armwood may not be the player who can get and hold position on the inside, but if ever he is out of the play, his mobility can get him back into it.

His offensive game is a bit more awkward, and there are limited ways in which Armwood can help. He is not a ball-handler and only rarely takes mid-range jump shots, and the aforementioned problems with gaining position negates any significant post-up offence. Armwood instead runs the court well, dunks everything, attacks the boards, tips the ball on the offensive glass, uses his spring, jumps high to release any kind of shot (apart from the free throw) and attacks open lanes and the contact with his long stride. Being easily bumped off the spot and lacking more than a simple dribble limits what he can do offensively to only a few categories, but because of his athleticism, he is hard for a defender to limit back.

I am glad that Armwood finally found a good level of play in the G-League, because he was always a better player than his career prior to this season suggested he was. If he returns to the Go-Go next season, who knows what that could be a springboard to. 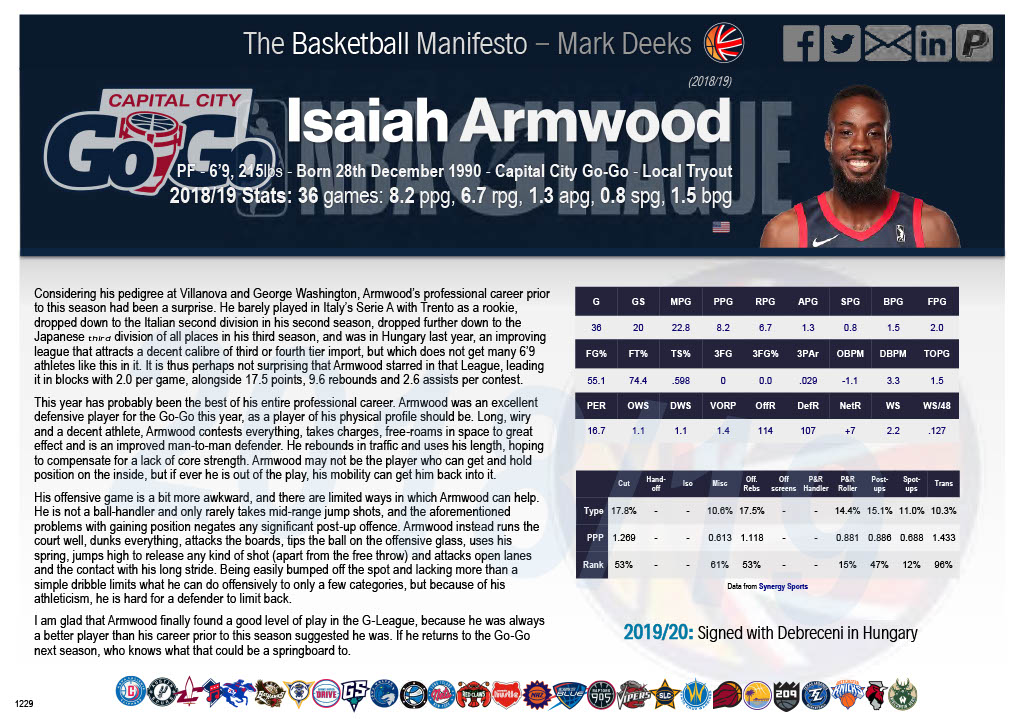