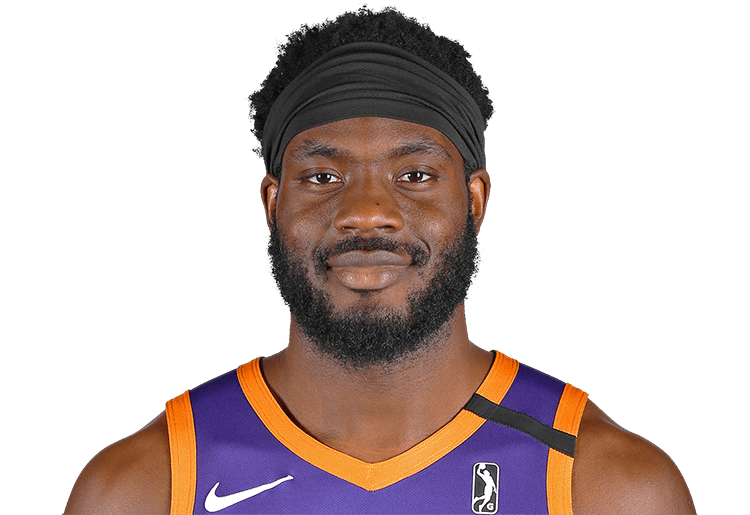 Nwamu’s best skill is his dunking, and I don’t think anyone will dispute that. He is a very explosive leaper and a player who loves to finish with power at any opportunity; the Mad Ants will have known when they traded for him in January (along with Jordan Barnett, sending Elijah Stewart and the returning player rights to Alex Hamilton to the Wisconsin Herd) that they were getting a fun player, and a reasonably useful one. Nwamu’s skills development outside of that, however, seemed to stagnate this season.

Playing in the G-League for his third consecutive season, Nwamu’s main offensive value outside of the dunk is volume outside shooting, and while he will occasionally do some work off curls and the like to get open, he in large part camps out on the wings, waiting for reverses or kick-outs. He is a decent shooter who can have hot streaks, and the high volume counts for something, but the habit he has of tending to hold the ball for a bit after catching it does not help his efficiency. If he could shoot quicker and run more off the ball, he would only stand to benefit, because it is a nice stroke he has. Combining it with the dunks makes for a useful, and rare, two-pronged attack of skills.

As a pro, Nwamu has cut down on the turnovers that once plagued his game. Fairly rudimentary in his handle and right-hand dominant, Nwamu is more poised and considered on his drives to the rim, perhaps recognisant of the fact that he is much better served as a finisher than a creator. When it is not a dunk, he struggles to finish at the rim, so while more judicious offensive deployment is a good thing overall, it does mean fewer free throw attempts. The heavy focus on the offensive end of Nwamu’s game is deliberate, for he has never really stood out on defence, for better or for worse. Given his athletic profile, perhaps he ought. As it is, though, Nwamu fills a role in the G-League anyway given his two pronged attack, but not without teasing at the possibility that perhaps there is more in there still to be uncovered. 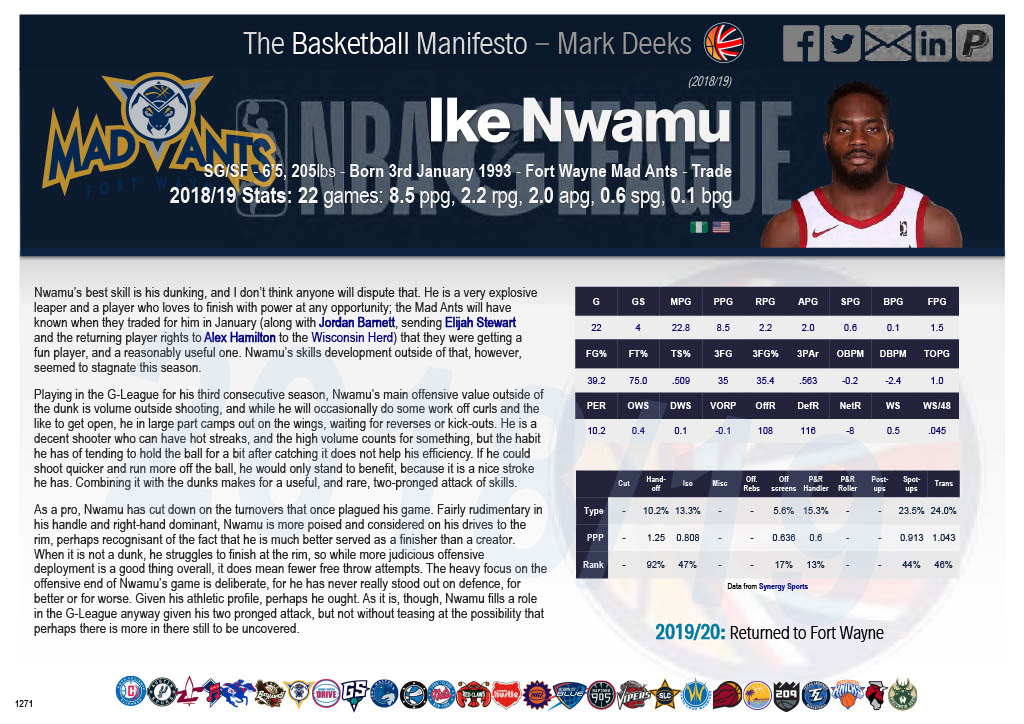