In his first professional season out of Oregon (via Butler and New Mexico), Brown began with a summer league spot on the Golden State Warriors, followed by being drafted in the third round of the G-League Draft by the Drive, appearing in 11 games and averaging 4.9 points per contest, before being waived in December. He subsequently signed in Lithuania with Dzukija, averaging 14.0 points in 22.6 minutes over the team’s final 18 games. Mike’s son has some athleticism and perimeter scoring about him, but does not exhibit the kind of offensive discipline to take advantage of that. A good spot-up shooter, the lefty with the long stride has a quick release, moves off the ball a bit, and can run the court a bit with his decent speed, yet he seems not to want to handle in traffic when he can instead just raise up for a jumper. Not all of them were good looks – indeed, many were not – and Brown all too often forces the action. The bigger concern was his defence, where Brown would not play with a good motor or with his hands up, and thus did not make the impact he could have done with his length and speed. There is talent within him, but perhaps all the movement in his career thus far has not allowed him to fully take advantage of it, learn how to play in rhythm and within a team concept. As an individual, however, he has responsibility for his own defensive intensity, and that needs to pick up. 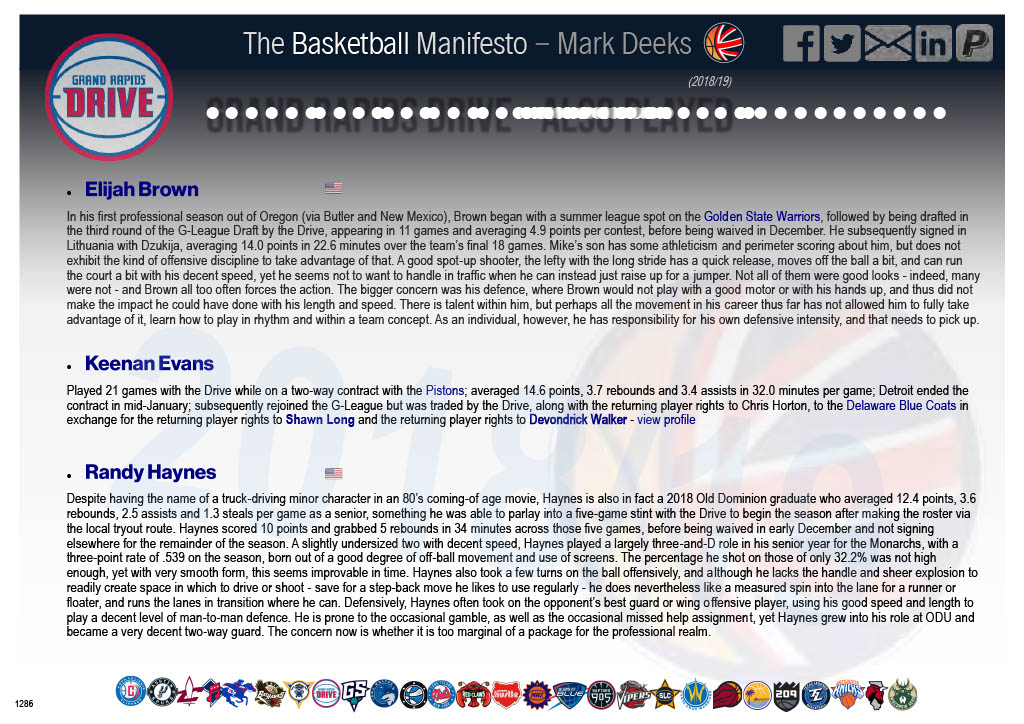