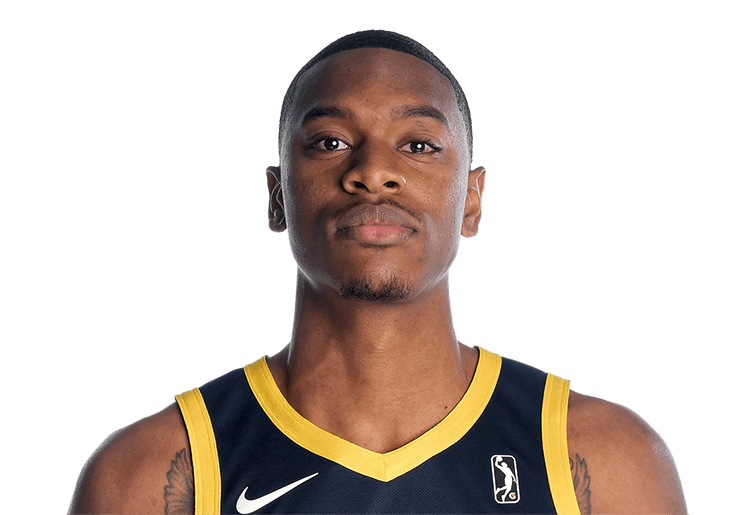 Denzel-Dyson was very briefly signed by the Pacers in training camp, with the “official” announcements of his signing and his waiving by the team’s Twitter account coming only four hours and 28 minutes apart. Just about enough time to watch Gone With The Wind and have a bath. They did so because they wanted to allocate the undrafted Samford senior to the Mad Ants, intrigued as they were by his combination of athleticism and jump shooting.

Rodney Carney’s cousin transferred to Samford after two years with UMass, two years in which he took a lot of three-point shots without hitting them. That changed immediately upon his arrival to the Bulldogs; Triple-D (or D3 or 3D or Trips or whatever) hit 46.0% as a junior and 42.1% as a senior, which sustained to a 40.9% mark in his first professional season. Indeed, it is a somewhat limited offensive package; as a senior, a combined 75.7% of his offensive possessions came either as a spot-up shooter, off a screen or in transition. Denzel-Dyson finds it hard to get to the rim otherwise, and lacks ball-handling and passing vision; he is in to score, and he lives for catch-and-shoot threes.

Considering the three-and-D ideal, then, a good athlete like 3D with shooting percentages that has the makings of a good case. There are however things to address going forward. Notably, Denzel-Dyson struggles to finish at the rim when it is not a dunk, and his shooting becomes much less effective when done off the dribble. His defence is also more scrappy than it is refined. The G-League is a good place to work out these kinks, so it would be a sensible decision for him to return to the Mad Ants next season. 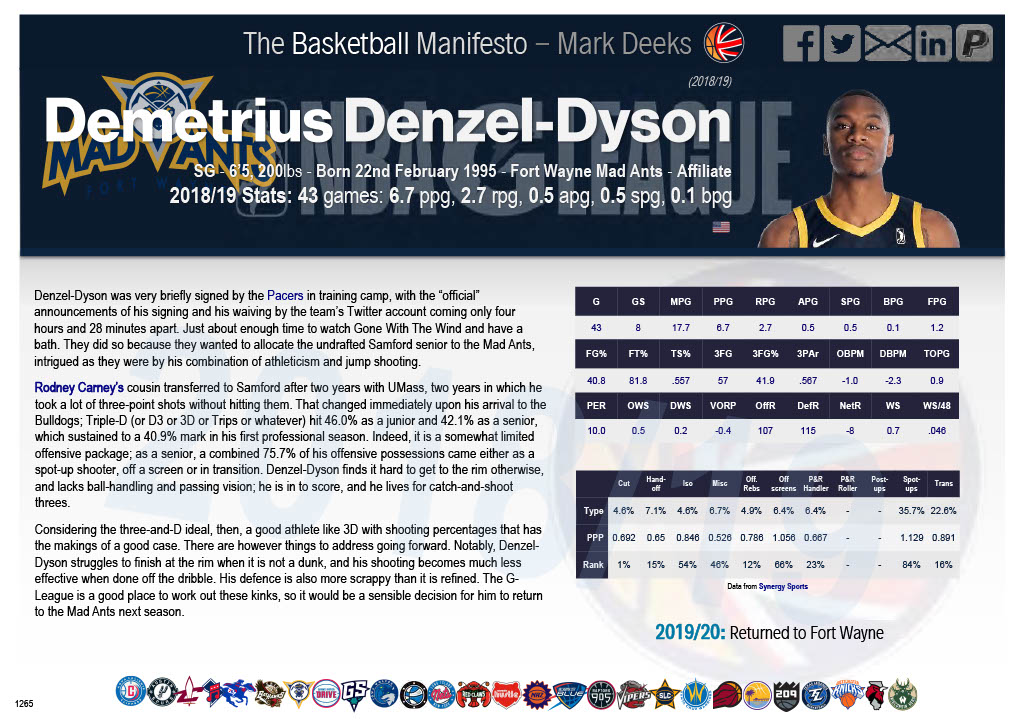