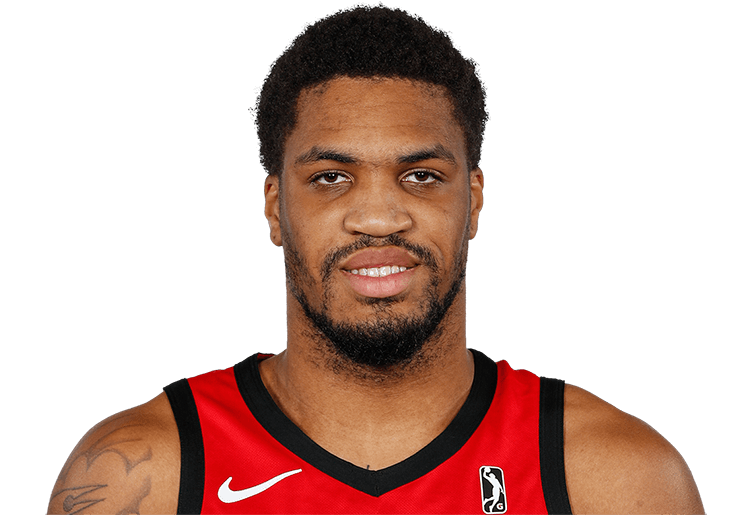 Unrelated to Vincent, Darel Poirier arrived in the G-League from his native France, where he had his foundations in the Centre Fédéral de Basket-ball team, the squad made up of players from the French National Institute of Sport, Expertise, and Performance (INSEP), and so often the starting point for so many of the country’s best. After graduating from INSEP in 2015, Poirier was signed by the top division team Cholet, but barely played for them, spending time instead with their under-21 team and then on loan to second division Charleville-Mezieres. For them, Poirier averaged 4.6 points, 2.8 rebounds and 0.6 blocks per game, shooting 22.8% on a three-point stroke he had not much used before.

A face-up four or occasional five with a good handle, Poirier still needs a whole bunch of seasoning, particularly with regards to his shot making and shot selection. It seems odd that he would leave the French development system to come to the G-League at this time with no obvious shot of the NBA, and he is only slightly younger than the comparable Aaron Epps with a less distinguished résumé. Nevertheless, a decently athletic 6’10 player who can and will handle is always a good combination.

Eligible for the NBA Draft this past summer, Poirier is an athlete and dunker, with long arms, energy and a good motor. The physical tools give him switch potential, and although his metrics for the year are unflattering, he did at least noticeably get better during the season. Poirier cuts to the rim and finishes explosively, correctly understanding that a player of his athletic prowess should always catch the ball on the move where possible. He does however lack feel for the game, often out of position on either end, and unreliable when asked to make decisions.

Drafting Poirier would have been a draft-and-stash move. I’m sure the G-League would take him back anyway, though. 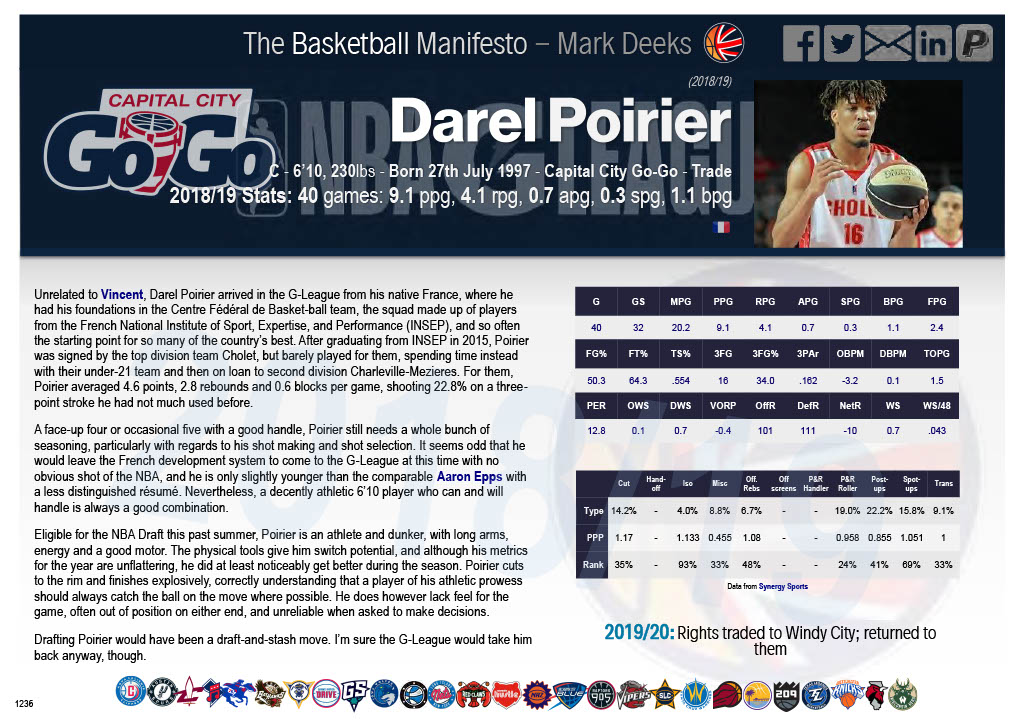