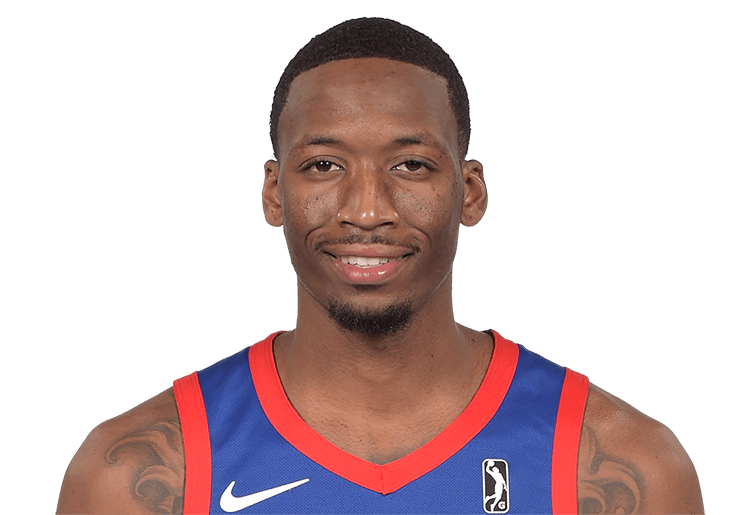 Grand Rapids have been Allen’s third G-League team in his two G-League seasons, as they traded the returning player rights to Nnanna Egwu to Agua Caliente for him back in January. In those two years, he has continued the incremental development he showed over his four years at San Diego State, while also operating within much the same limitations.

One of the best athletes on this or any team, Allen is a rangy wing who best applies his favourable physical profile on defence. His speed makes him able to press hard and recover, to fill in a lot of space, to deflect in the passing lanes, and have some versatility in match-ups on that end. Allen also plays with some good defensive determination, the other half of the battle, and aside from some positional errors, his defence is a strong suit.

Allen applies the same determination offensively, albeit to more mixed results. He correctly understands that with his athleticism, he should be catching the ball on the move rather than trying to create from standing with the handle, and he can often be found in transition or cutting to the rim. That said, Allen lacks for finishing poise at times, contorted up some wild things at other times, and is overly right-hand dominant. He also still lacks for any consistency in his jump shot, a big hole in his game which means a lack of floor spacing from a key spacing position.

The defence, though, is very commendable. And if Allen sticks in the G-League a while longer and really develops his ability to hit open looks, it will serve the rest of his career well going forward. 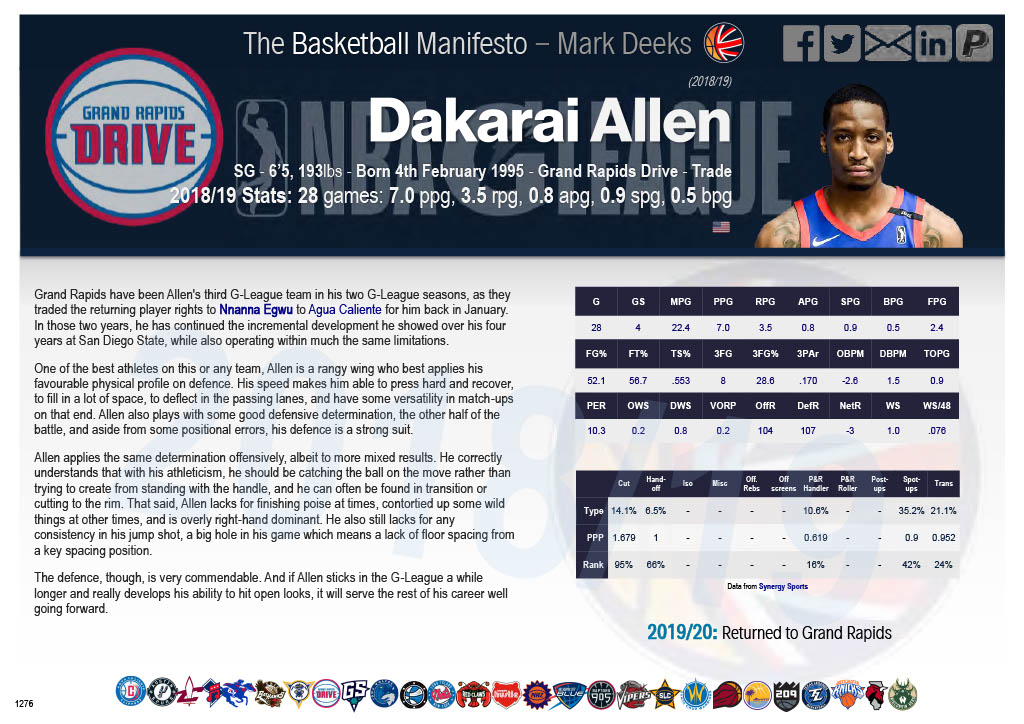