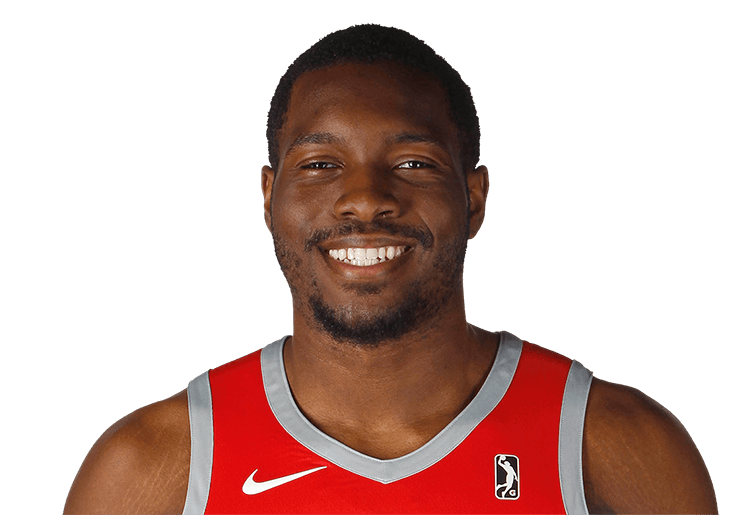 Salary dumped by the Rockets onto the Mavericks at the start of this past summer, Onuaku was the first between he and Zhou Qi to lose their job as the Rockets’ prospect centre due to the arrival of Isaiah Hartenstein. Two consecutive years in the G-League on assignment to Rio Grande Valley has not seen Onuaku improve his output any; indeed, it even took a slight backwards step.

This year, after an unsuccessful training camp stint with the Portland Trail Blazers, Onuaku wound up going the G-League Draft route. He was picked second overall by the Swarm and started at centre for them the entire season, and was given more offensive responsibility than before. This resulted in a greater scoring output, a new affinity for a three-point shot that seemingly is going to need a lot more work before it becomes a thing, and an even higher turnover rate.

Still setting a lot of moving screens, still taking dribbles where he perhaps does not need to do so, and still easily stripped by guards reaching down, Onuaku’s offensive game remains fledgling. As above, the mid-range jump shots have moved out to the three-point line, but that is hardly a weapon right now. The seal-and-finish game potentially availed by his strength does exist, but the turnovers make it risky. Onuaku’s hands are still a bit rock-solid, and the hook shot touch a bit rudimentary. But he is at least contributing out there. Incremental progress offensively flanks his good defensive presence at this level. The question is whether he can convert on this to make it back to the NBA.

A very good rebounder and a long wingspanned interior defender, Onuaku is an old-school paint big in an era when such things are less valued them before, and when they need to stand taller than 6’9 unless they have Bismack Biyombo’s arms (or contract). The Rockets needed immediate contributors to salvage their season too urgently to be able to give Onuaku the benefit of patience on the roster any longer. Charlotte have no such urgency, and thus if Onuaku wants to return and keep working on his offensive game, it is a unison that makes sense for both parties. But there is still a lot to do, and it starts with halving that turnover rate. 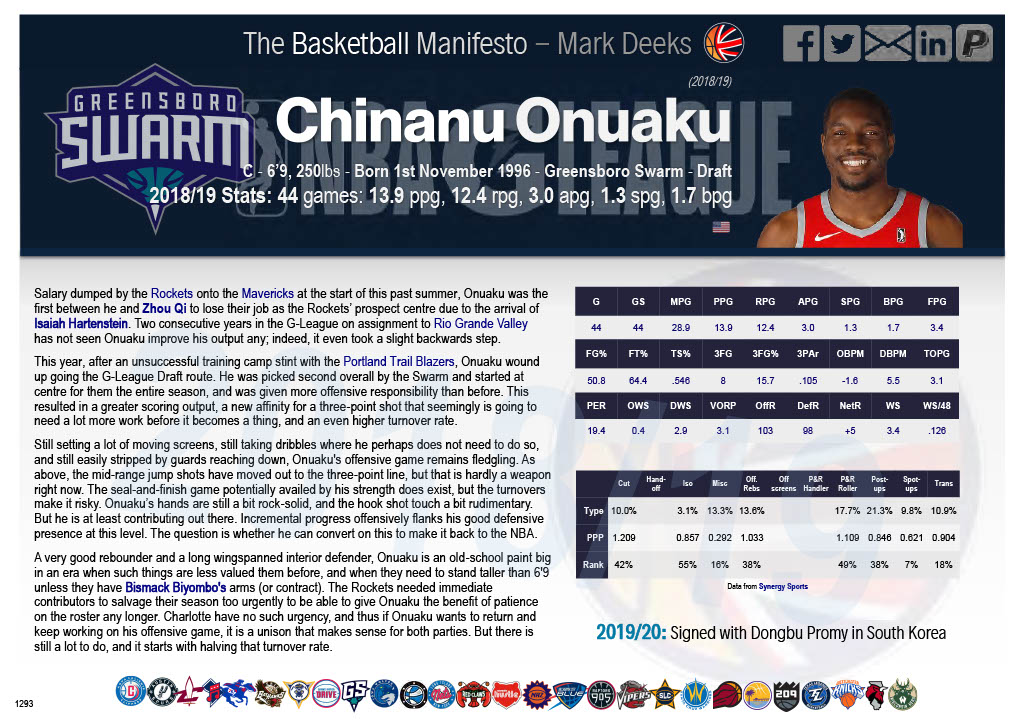