The first two rounds of games in the 2010/11 Chinese Basketball Association were played this week, giving us an opportunity to confirm once and for all who is actually playing there. With no major English language version of a Chinese Basketball Association website available – other than perhaps here – accurate information as to signings is hard to find. We are reliant upon snippets, leaks, the occasional accurate translation, and often the players themselves.

This is a pity because of …

Unequivocally, the NBA Draft is my favourite night of the year. In a few short hours, the entire landscape of the best league of the world’s best sport can be changed beyond all recognition. Infusions of talent, mind-boggling trades, wonderful quotables and brave shirt-and-tie combinations are guaranteed; one short evening of drama gives us repercussions and discussion points that can last for years. Whereas sport must always ultimately be able the guys in the uniforms, the men in the jackets …

With a full roster, Oklahoma City saw fit to bring in four more. They signed undrafted point/combo guards Jerome Dyson of UConn and Tweety (Demond) Carter of Baylor, as well as fellow undrafted swingman Elijah Millsap of UAB. They later brought in former …

Apropos of nothing, here are the total contract values of all centres in the NBA, not including those on minimum salaries (or with really close to minimum salaries, such as Samardo Samuels). In cases where a player’s position is debatable or flexible, discretion is used, and the player’s primary position is used (i.e. Pau Gasol wouldn’t be listed at centre, even though he essentially backs up there, because he starts at power forward). In the case of someone like Al …

Indiana already has 15 guaranteed contracts, so they didn’t bring in many for camp. The only two players they signed were D-League veteran centre Lance Allred, and their second second-round draft pick from this summer, Magnum Rolle. Additionally, the contracts of both A.J. Price ($175,000 of $762,195 guaranteed) …

We're Adding A Little Something To This Month's Sales Contest. As You All Know, First Prize Is A Cadillac El Dorado.
September 28th, 2010

No matter how much you may think you know, NBA training camp always offers an opportunity to learn more.

In that respect, it rivals summer league and draft night; all three present chances to learn more about players about whom you previously did not know about, and you get to try to understand what the NBA sees in them. If a player makes it as far as training camp, after all, then they must be doing something right, because all …

There follows a compendium of all players who have signed, or agreed to sign, for 2010 training camp. I could not find such a compendium elsewhere and thus decided to make one. This list also includes earlier signings of players with unguaranteed or partially guaranteed deals. In some cases, such as with Cucumber, certain players will obviously make it, yet they are included for the sake of uniformity. There exists the possibility that any of these signings could yet change …

After that time, far more significant media personalities ran with the story. Starting with NBA.com’s David Aldridge – who ran a very similar piece that even used the …

The transfer markets are pretty much closed. In many places, pre-season has already begun. EuroLeague qualifiers begin next week, as does the mighty British Basketball League regular season, and while signings continue to go down, most are done by now. By this time, if you’re still a free agent without a training camp invite, you’re struggling. Unless you’re going to the D-League, of course.

This snappily titled post is, in essence, an update to the earlier similarly titled one that detailed the best remaining free agents in the world of basketball. The list was designed to be comprehensive – which is why Greg Buckner was in it – yet it wasn’t perfect.

Some players should have been listed on it before, and are listed now. Some others who should …

Last year, I wrote a couple of posts under the heading of “Creative Financing in the NBA.” Inspired by seeing a series of quirky salary techniques that I had not previously seen in my three long and sexless years of compiling NBA salary information, I was inspired to steal Magic GM Otis Smith’s favoured phrase without permission, and use it to describe some of the financial anomalies that the offseason transactions had puked over our spreadsheets. The posts were reasonably …

The international basketball market is incredibly dry right now, and there’s a lot more produce than buyers. The whole nation of Greece is broke, and Spanish clubs are running into financial barriers they’re not normally known for. Even Italian teams, including four time defending champion Montepaschi Siena, are facing budget cuts.

In the NBA, most of the big stuff has been done. Of the 280 or so rotation spots in the league, most have …

The following post will features as many Head puns as I can think of, with varying degrees of subtlety.

Earlier this month, free agent Indiana Pacers guard Luther Head came to terms with the New Orleans Hornets on a two year contract. A mere couple of days after this news was reported came the news that Head’s job offer was gone; he had failed his physical examination with the team, and that the signing had been called off. Head is … 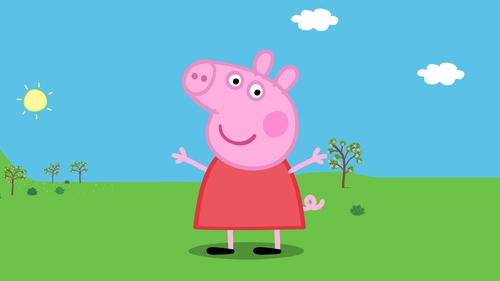 The family of Lorenzen Wright says he’s been missing since Sunday.

Archie said, Wright was last seen on sunday when he was expected to fly out of Memphis, but no one has heard from him since.

The family has filed a missing persons with the Collierville police department.

Christopher is a streak shooter out of Cal who doesn’t do a whole lot else. If he’s hot, he can score 30; if he’s not, he can go 3-15. Regardless of whether he’s making them, he takes them, which could be interpreted as a good or a bad thing. He’s athletic and strong, but he doesn’t do much with them other than take jump shots. Had he done so, he might have gotten drafted.

Much of his production comes from the fast break, where he is unbelievably good. He can snake his way to the basket with …

Boateng is an English centre who played one year at Duke, before transferring to Arizona State, where he just completed his senior season. He barely played at all in his first four seasons, but finally got a chance to play last year, and responded with averages of 8.8ppg and 7.2rpg on 66% shooting. However, even though he turns 25 in November, Boateng is still an incredibly raw player. He turned it over 2.1 times per game in only …

My early proclamations that Booker might be the next Paul Millsap were a bit premature, and overlooked the fact that Booker is about half the rebounder that Millsap is. Jumped the gun a bit there, I did. However, I remain confident in Booker’s abilities to contribute at the NBA level, despite his lack of size for the position. Boozer is athletic enough and has improved his face-up game, both the drive and the shot. He’ll have to be …

Ahearn is the shooter from Missouri State who has played a few games for the Miami Heat. He’s a rather unique little sausage; an extremely brilliant shooter from the foul line and from three point range, and who can masquerade as a point guard reasonably well, but who is unathletic and doesn’t contribute much elsewhere. The most notable part of all that is the efficiency; Ahearn always shoots over 40% from three and over 90% from the line, …

Charlo is a small forward formerly from Nevada who turns 27 next week. He is an athlete and defensive specialist, who has spent much of his professional career in the D-League. Last year, playing for the Reno Bighorns on account of his local ties, Charlo averaged 9.7ppg, 5.2rpg and 2.7apg. There were also a couple of near triple doubles in there, with statlines of 12/15/9 and 19/12/8, before a slow finish to the season dragged down his numbers. …