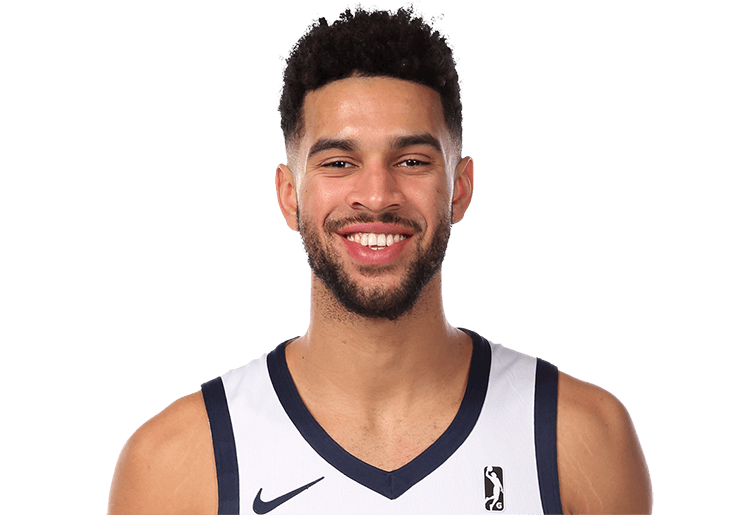 Three years at UCLA saw Allen barely leave the bench. He recorded only 71 games, 604 minutes and 84 points in that time, never finding a role, never winning the coaching staff’s confidence, and seemingly always being recruited over. But having graduated in only three years, Allen went to Hawaii and finally established himself, averaging 15.7 points, 5.8 rebounds and 2.0 assists per game in 30 games for the Rainbow Warriors.

Clearly, Allen took on a much bigger offensive role as a senior, itself helped in part by the drop in standard. Yet a more empowered Allen showed he could do more with the ball in his hands than he ever did at UCLA. Allen does not have a tight handle on the ball, not able to change direction quickly, handle in traffic or regularly go to his left. Yet with a smooth 6’7 frame and a long smooth stride, he only needs to do enough to attack closeouts, take on the straight line drives and get to the rim in transition. This, he did, and as a transition lane filler, baseline cutter, right wing runner and occasional post-up to a righty hook guy (something the Go-Go did not use but which he did rank efficiently in albeit in a small sample size), Allen found a way to use his good physical profile offensively. Also demonstrating some drive-and-kick vision on those cuts, Allen is an unselfish player who found a good flow.

For it to work, though, Allen needs to hit enough shots. Struggling to finish when contested given his lack of core strength, the relative lack of handle means a lot of jump shots. And neither off the dribble nor the catch has Allen been a consistent good-efficiency shooter of those. Considering he is a finisher and a creator, his career will go as far as his development in that area takes him. Nevertheless, as a decently athletic 6’7 player happy to be a cutter not a handler, who will run the court, attack in semi-transition, crash the glass, and play decent-enough defence with his hands, Allen has found his niche. 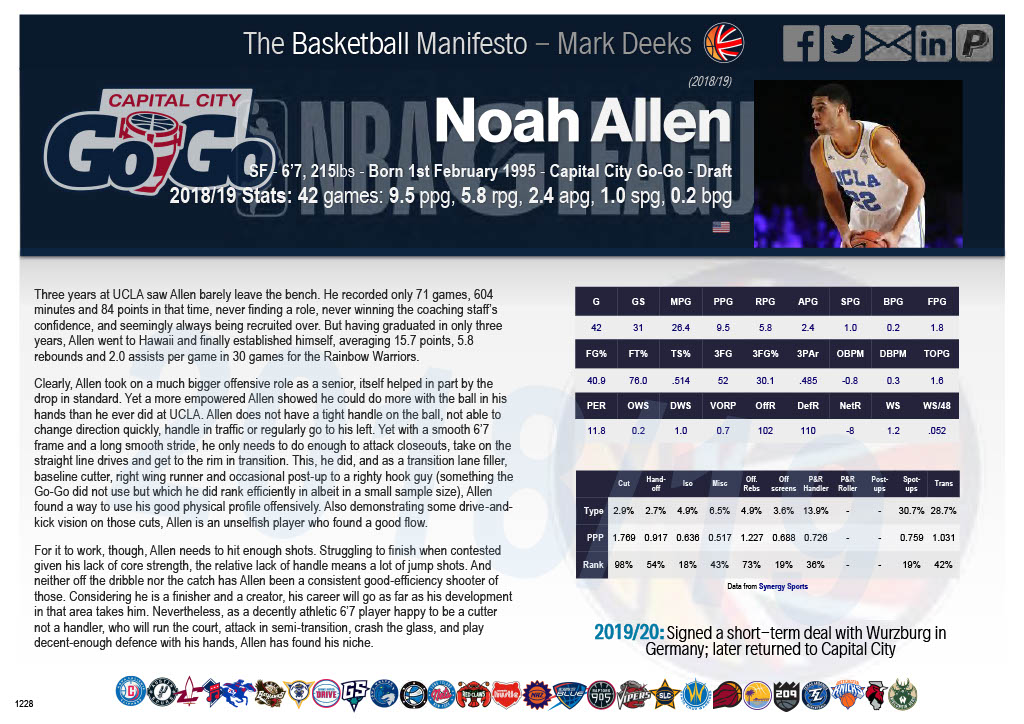