Kilo joined the G-League this year with quite the disparate CV behind him. He spent his first two college years at Division II Seton Hill (not Hall), then spent two more at the University of the District of Columbia (also Division II), then moving to Savannah State as a senior. He averaged 9.5 points, 5.5 rebounds and 0.8 blocks per game there, and thus far on his pro CV can boast the Luxembourgian second division, a stint in Paraguay, a disjointed year in Argentina and a stint in the ABA before his two games and four minutes with the Blue Coats. In theory, Kilo is the kind of player who can combine physical post and paint play with some catch-and-shoot range. But in practice, he has only played at low levels thus far, and has been foul- and turnover-prone in the process.

[2020 UPDATE: Retired and returned to school to get a masters.] 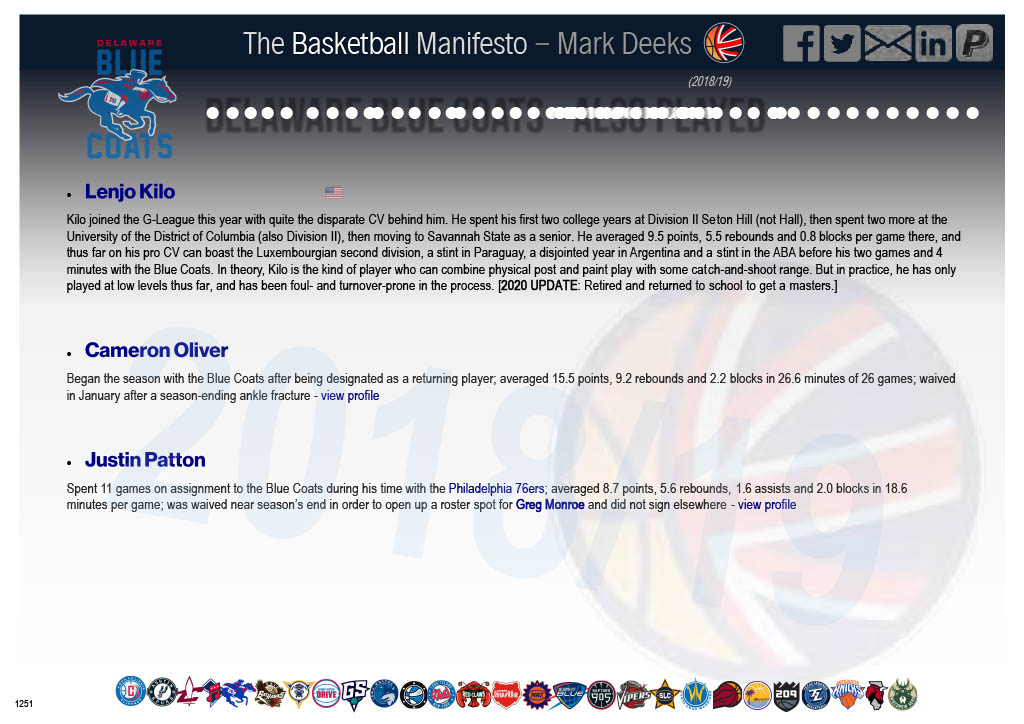