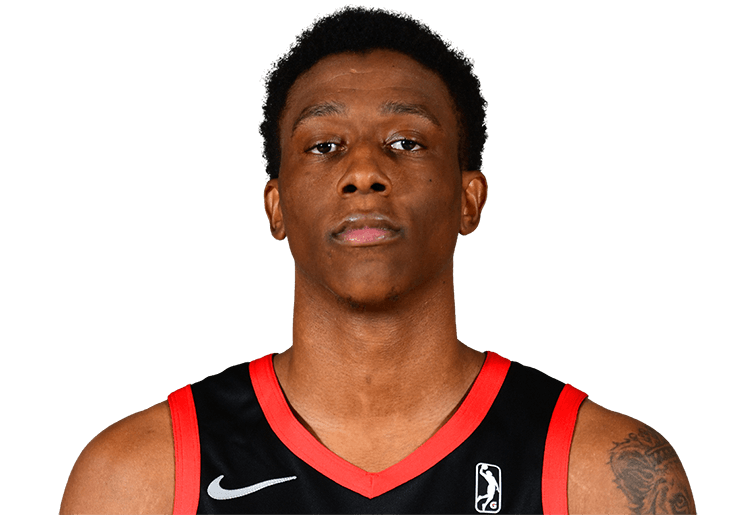 After two years down on the Ohio State Buckeyes bench, making minimal contributions in very limited minutes, Sibert transferred to Dayton for his upperclassman seasons, and massively improved his output to subsequently have a four-years-and-counting professional career. Indeed, he actually received a 10-day call-up from the BayHawks’ parent club, the Atlanta Hawks, in February of this year. They even played in for four minutes. It has been quite the turnaround for the man.

When he was with Ohio State, Sibert simply missed his shots. The vast majority of the shots he would attempt would be jumpers, and he missed nearly all of them. Immediately upon transferring to the Flyers, however, his shooting efficiency improved, and it is the fact that he shot 38.2% from three on such a high volume this season that got him the spot on the Hawks’ roster (even if it was only to meet league minimum roster size requirements). High efficiency high volume shooting is at a premium, and that is what Sibert has been able to put up this season.

A good athlete and fairly fast, Sibert is slightly undersized for the two guard position without a great deal of length to go with that, yet he is a strong player who has improved his defence and his finishing to go with his better outside shooting. Almost entirely foregoing the mid-range areas, it is all threes and drives for Sibert, not a man to create much with the handle but someone who can raise up over a defence, attack closeouts, drive baseline and always be confident in his shooting ability. Also improved defensively, Sibert’s lack of size limits his effectiveness in many match-ups in this regard and he does not stand out on that end, yet in improving his awareness and looking less lost, he has become a passable team defender.

The future for Sibert looks more G-Leaguey than NBAish. There is a good to excellent chance that those four minutes of NBA experience that he got this season will be the only four he ever gets. But this is not meant in a derogatory fashion. This is a testament to his continued improvements throughout his career, and speak to the fact that he has what is currently the game’s most valuable commodity, the outside stroke that will be a marketable skill for a whole other decade. 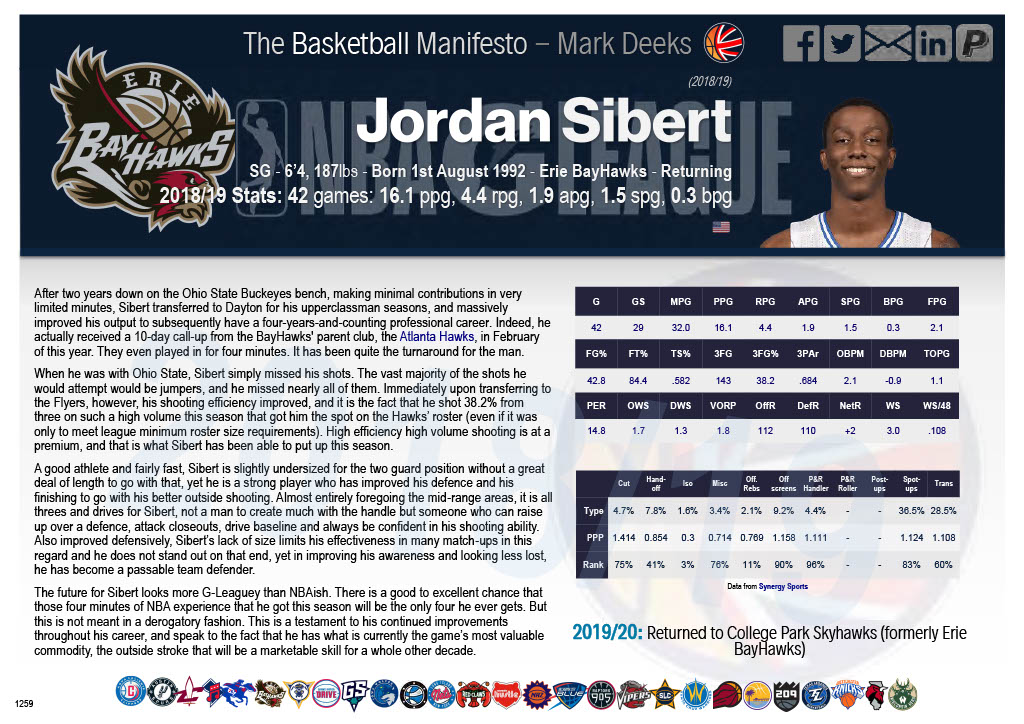