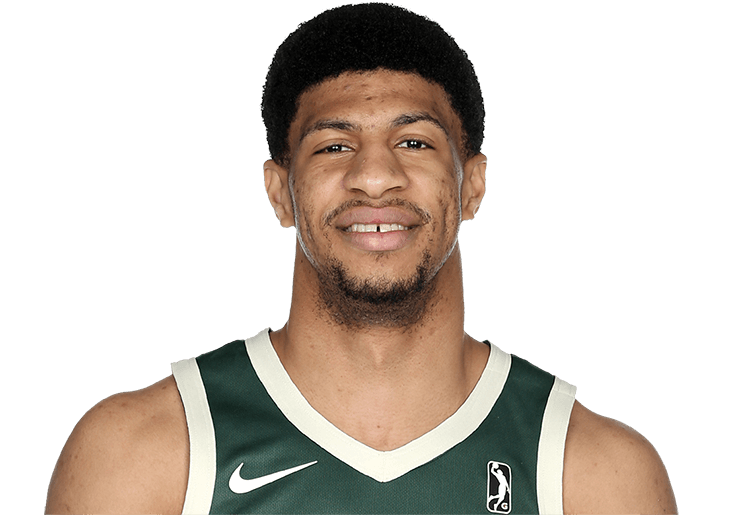 Barnett was on the cusp of the NBA to begin his first professional season on account of the good job he did as a senior at Missouri of showing how he can fit the NBA’s three-and-D model that non-star wings are ordered to follow. He arrived at Mizzou after two years at Texas as a good athlete and capable shooter, someone who moved his feet well defensively when engaged but who was never consistently so. He left as a much better shooter than that, as well as being at times a disruptive wing defender.

Long and lean with good speed and leaping ability, Barnett has an NBA wing player’s physical profile, which is always a good start. He uses that profile to get jump shots away, normally of the catch-and-shoot variety, often in transition. And although he has little in the way of a nuanced handle on the ball or ability to change direction, Barnett would at least cut to the rim, particularly via the baseline, to get efficient finishing opportunities that way. Combined with a 41.2% three-point shooting stroke as a senior, Barnett adhered to the template pretty well. There is no in-between game, little handle, a tendency to disappear for stretches (borne out of an inability to create offence, something particularly notable late in games), and the defensive effort would remain more intermittent than ideal even to the end. But given the rest of his profile, that was fixable.

Signed by the Bucks and allocated to the Herd, though, Barnett immediately regressed back to his former shooting numbers in the low 30% range. The above profile only works if he is hitting the catch-and-shoot opportunities he relies upon. After being traded to the Mad Ants, things improved, and Barnett showed the ability to blend in as a role player playing within his means. If he can continue to do that while hitting 40% of his threes, the NBA will call again. 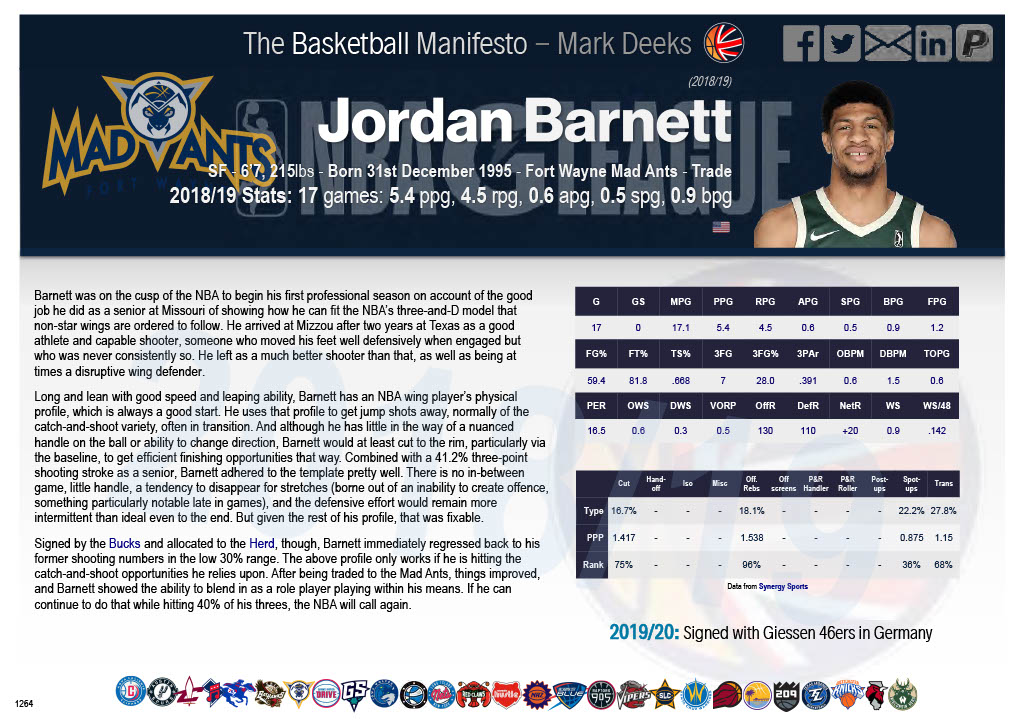