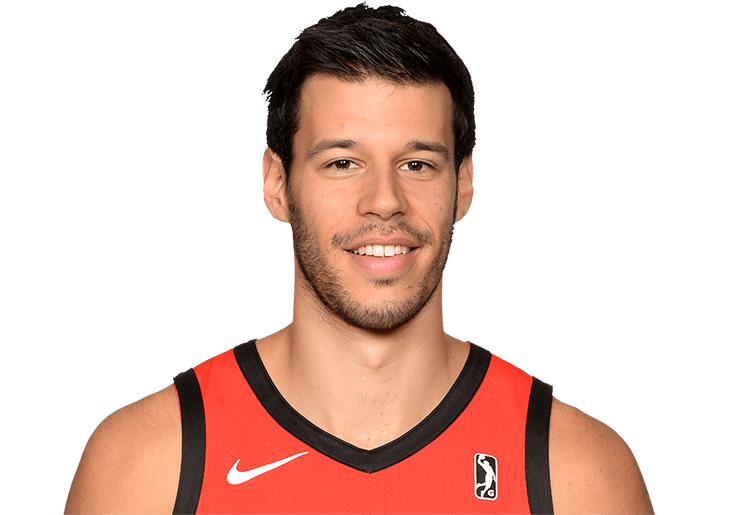 The Dooj was one of the unlikeliest NBA players of a generation when he signed with the Sacramento Kings in the 2015-16 season, a move made even more unlikely by the fact that he managed to survive on the roster for the entire campaign. He had been a marginal player at Wisconsin, not even cracking 1,000 total minutes played in five years with the program, and yet somehow he made the NBA, presumably on the assumed potential of his jump shot despite having hit only 32.8% from three-point range with the Badgers.

Dukan’s career since that time, apart from a very short stint back in his native Croatia with Cedevita Zagreb (RIP) in the first half of the 2016-17 season, has all been in the G-League. Perhaps he is looking for another call-up to the NBA. He is only an average G-League player at this point, a smooth yet undynamic reserve power forward option who combines some decent shooting with paint touches and smart slips to the rim, yet who is mismatched for speed defensively and mostly only defends via the foul. But while a decent-enough athlete when running forwards, Dukan lacks for lateral speed and strength, and is a targeted player on the defensive end. Dukan’s offensive smoothness when putting the ball on the floor or facing up from outside has some value, but he has to be making his shots to be a positive on the court.

Although, to be honest, if his previous call-up taught us anything, it is that he doesn’t have to stand out from the crowd to be the one picked out from it. 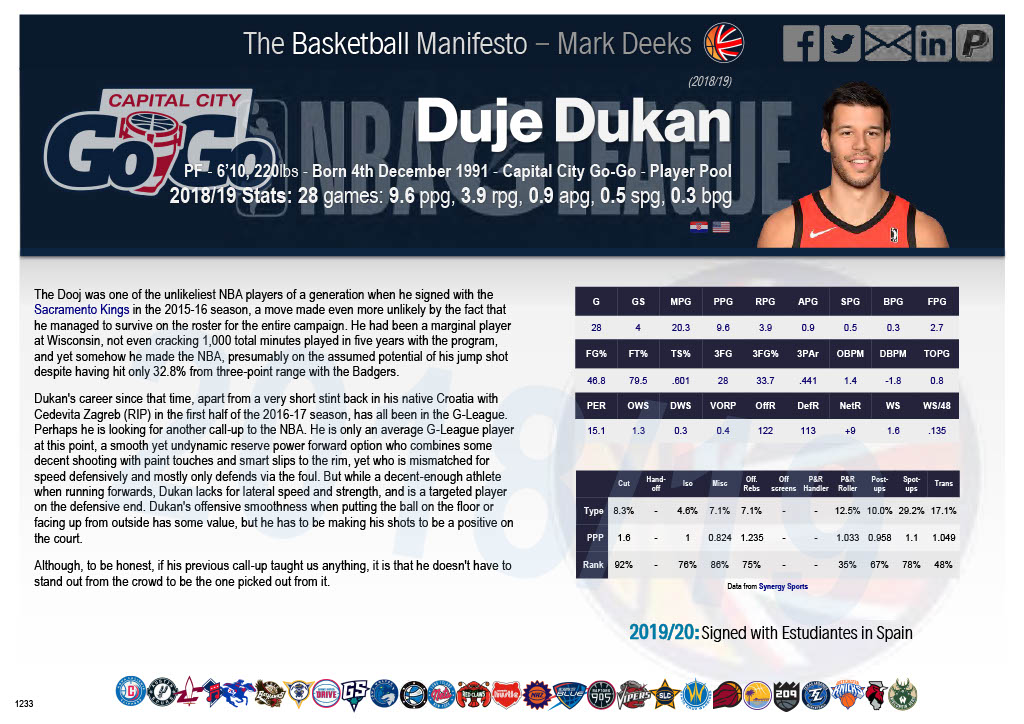